Get to Know HFC: Christopher Bremer is reinvigorated by the creativity of Theatre 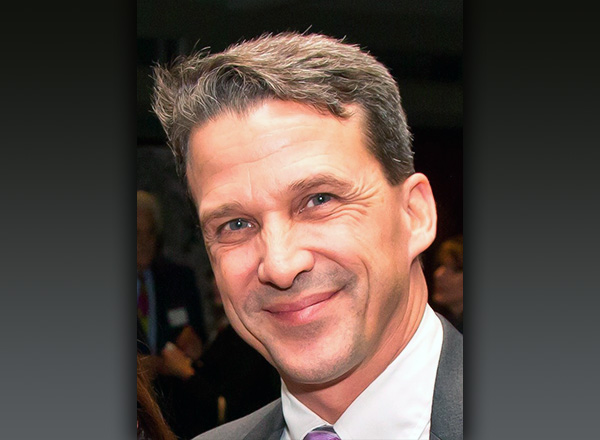 Three generations of Bremers have worked in HFC’s Theatre department.

Christopher Bremer, an award-winning director who has taught theatre classes at HFC and serves as the shop foreman, has been a prolific director at the College since 1999. His most recent directorial effort was this past spring’s Five Women Wearing the Same Dress.

His daughter Cassandra Bremer appeared in this play, assisted behind the scenes, and also took some theatre classes at HFC. Bremer’s mother, Mary Bremer-Beer, has also taught theatre classes and directed numerous plays at HFC. Check out this 15-minute interview with Bremer-Beer as well.

“Theatre is definitely in the blood,” said Bremer, who lives in Shelby Township with Theodora, his wife of 22 years, and their two daughters Cassandra and Iris.

Performing is in his soul

Born in Myrtle Beach, SC, Bremer, the eldest of two, moved to Dearborn with his family when he was 2. He discovered theater when he was a student at Ray H. Adams Junior High School in Dearborn.

“Teacher Chuck Brickle cast me in a show. I was cast in the play Oliver!,” recalled Bremer. “After that, I was hooked. It was in my soul. I did as many different plays as I could in junior high and later in high school. I was doing as many as six shows a year when I was at Dearborn High School.”

Bremer was active in community theater during his youth, appearing in plays at what is now The Henry Ford in Dearborn, as well as all over the Metro Detroit area.

“My mother had always been involved in theater during her high school days,” said Bremer. “Seeing her son doing plays at Greenfield Village inspired her to return to college and start directing theater.”

During his DHS days, Bremer took a class at HFC (then called Henry Ford Community College) to appear in HFC’s production of acclaimed playwright Neil Simon’s The Good Doctor.

“Dr. Ron Worsley was the head of the College’s theatre department at the time,” said Bremer. “He was an excellent teacher and director.”

After graduating from DHS, Bremer attended what is now the University of Detroit Mercy. There, he earned his bachelor’s degree in business and communications and his master’s degree in theater.

Initially, Bremer began his career in banking. For five years, he was a banker at what is now Comerica Bank. But it wasn't what he wanted to do.

“I loved theater, but nobody makes any money in it,” he said. “I didn’t do theater for five years. I got depressed working at the bank, so I did a play and felt so much better. I decided this is what I wanted to do, so I went back to school and got my master’s degree.”

His five years in the banking profession have benefited Bremer.

“My business degree and the practical business experience I gained at the bank are something I use every day. I understand being involved in the theater, but you have to practical knowledge in order to make a living in the theater. I encourage people to take some business management classes because they will help you when you go into this field,” he said.

In turn, he encourages students to take a theatre class, even if they don’t plan a career in theatre.

“The skills you learn in theatre are skills that you use in your everyday life: confidence, deadlines, knowing your audience,” he said. “I encourage people to take an acting class because those skills will transfer to their professions, making them more successful in their careers and in their lives.”

A fortuitous turn of events leads to HFC

In addition to his duties at HFC, Bremer is also the executive director of the Jewish Ensemble Theatre in Walled Lake, which produces seven main stage shows per season and reaches more than 40,000 children annually, delivering messages about bullying and tolerance. In this position, which he’s held since 1999, Bremer is responsible for the not only casting and directing shows, but also the accounting, personnel, public relations, and the website – “the entire business.” Many HFC students have performed at JET.

A fortuitous turn of events led to Bremer teaching and directing at HFC. In 1999, the late Dale Van Dorp, alias the “Voice of Dearborn,” who taught theatre at HFC, hired Bremer.

“I had just left (the play) Mr. Wizard and I was tired,” he recalled. “I got a call from Dale, who asked if I was interested in an opening at the College. I said yes and he hired me. That was the summer I met my wife and it all just came together.”

Bremer – whom the Detroit Free Press named one of the five best directors in the Metro Detroit area – has directed numerous plays at HFC.

“I’m proud of them all and proud of the work they have done,” he said. “They are the ones who put in all the work.”

Several plays Bremer directed have a special place in his heart, including the aforementioned Five Women, as well as Ruined (which won Kennedy Center Honors), SubUrbia, and The Three Musketeers.

“The Three Musketeers was almost like a movie with 40 scenes and all that sword-fighting! It was a blast!” he said. “I love doing plays where I can get students doing roles within their age range because you can get more honest performances, really good shows coming their heart. I’m extremely proud of those shows.”

He really feeds off the exuberance of his students.

“They crave learning as much as they can about the art form. It reinvigorates me,” said Bremer. “You get a sense of the impact theater has on their lives and not just their lives, but our lives and the messages you’re able to send out to the audience through the art form. When you’re working with people who want to be there and craving knowledge so much, it rubs off on you. That really recharges my batteries.”

“George was great. He was very open and allowed directors an incredible amount of creative freedom,” said Bremer. “He was extremely talented and insightful.”

“He’s a sweet, personable, talented man. I can’t wait to see what he does,” said Bremer. “I’m really excited that we have a full-time instructor in charge of the department.”

Bremer hopes to restore the theatre program to its former glory, staging four main stage shows/year, reestablishing theater for young audiences, and touring at the local elementary and middle schools.

“I’m excited about the possibilities,” said Bremer. “What’s nice about HFC is everybody here treats each other like family. We have good people here who care about the students. That’s a real plus because that doesn’t happen everywhere.”