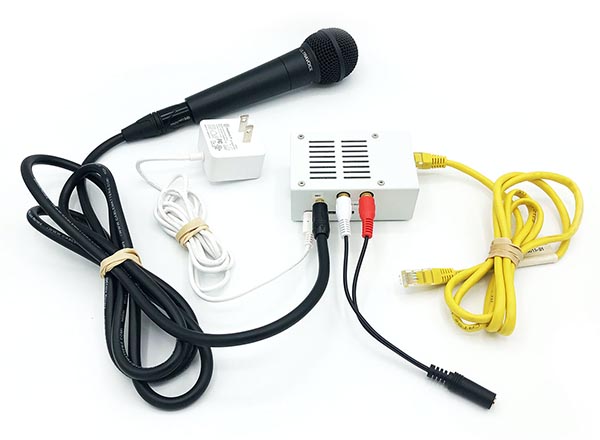 These devices take advantage of open connections over the internet. HFC Certificate of Achievement in Recording Arts (CARA) manager Jeremy Palmer and HFC music professor and director of choirs G. Kevin Dewey have been testing them with Studio 110, HFC’s jazz band.

Playing live music as a group over the internet via Zoom or similar technology is very difficult, because the time delay is too great. However, with these devices group members can connect with each other with almost no latency.

Thanks to Jack Trip, Studio 110 has been able to rehearse live over the internet various times during the Winter 2021 Semester, allowing them to play together safely during the pandemic.

“So far, we’ve gotten together to play with two sets of drums, two bass guitars, and three keyboards live on the internet,” said Palmer. “It’s way ahead of the Zoom feed.”

According to Palmer, he knows of no other colleges rehearsing jazz band via the Jack Trip devices.

“So far, it’s only been choirs,” he said. “We’re doing the jazz band without even trying it with our choirs. We’ve taken the second step when we didn’t even take the first one!”