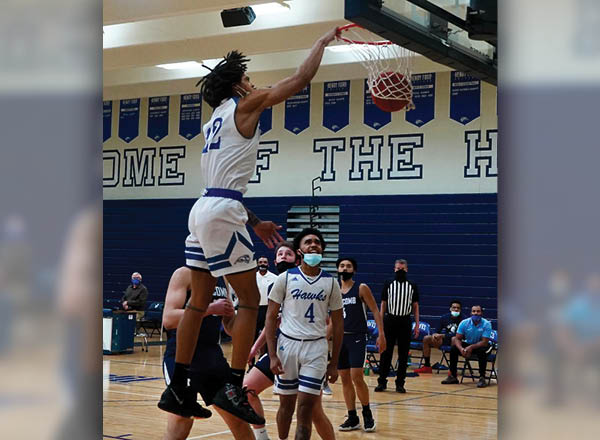 “We are happy to be ranked in the pre-season poll. But it has no effect on the success of the season moving forward," said Coach Chris Shepard. "This is the most talent we have had on one team. We have a goal of a national championship this year.”

Shepard, who has been named Coach of the Year by his peers in the Michigan Community College Athletic Association (MCCAA) three times, has been leading the Hawks since the 2017-18 season. Under his leadership, the basketball team has had several outstanding seasons. In Shepard’s first season at HFC, he led the Hawks to an MCCAA Eastern Conference Championship. In the 2020-21 season, the Hawks won the MCCAA Metro Conference and the NJCAA Great Lakes District C Championship. Their first-round victory, where the Hawks beat Illinois-based South Suburban College 67-58 in the 2021 NJCAA Division II National Tournament, marks the first victory at the men’s championships in the history of College.

The Hawks’ home opener is Tuesday, Nov. 2, at 7:30 p.m. against Ohio-based Owens Community College. At this time, there will be no spectators in person due to the coronavirus pandemic. Here is the Hawks' complete schedule for the 2021-22 season. The Hawks contests will be streamed live on the HFC YouTube channel.

“We’re looking forward to an exciting basketball season this year!” said HFC Athletic Director Rochelle Taylor. “The coaches and players have been working really hard, and it’s good to see their efforts and dedication recognized in the pre-season poll. The road back to the national championship begins Nov. 2, and I think we’re ready for the challenge!”