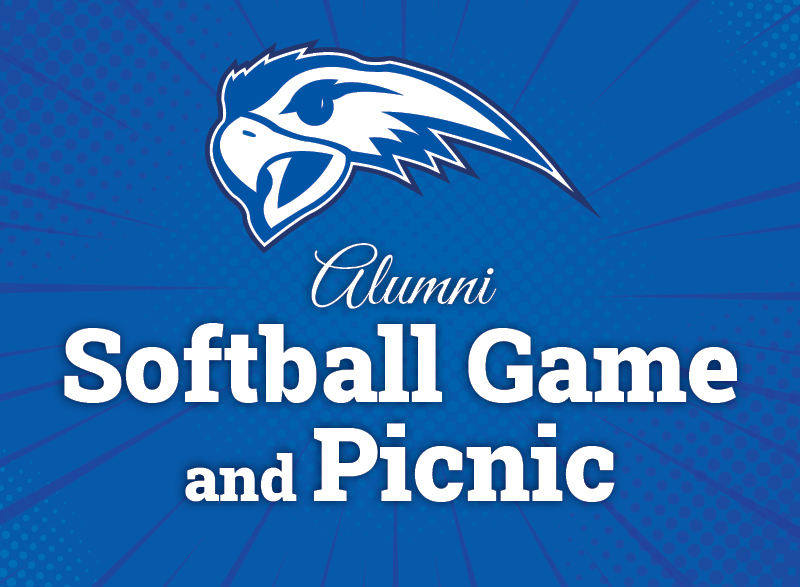 The HFC Alumni softball game and picnic will be held Sunday, Aug. 29, from 2:00 to 5:00 p.m. at Heritage Park in Taylor, the home field of the Hawks softball team.

This alumni slow-pitch softball game is the first to be held in more than five years. It will honor special guests Nancy Bryden and Mary Jo Perkovich, both of whom are HFC alumni who have coached softball at the College. The Nancy Bryden Endowed Scholarship will be presented after the game to inaugural recipient Caroline O'Donohue in the amount of $500.

“I was surprised,” said Bryden. “We haven’t had an alumni game in a long time. Steve Brown, the softball coach, asked if Mary Jo and I would like to be guests. We were happy to get this invitation. I’m excited to see some of our former players. It’ll be a great afternoon. I’m more than excited to meet this year’s team.”

An alumna of Father Gabriel Richard High School in Ann Arbor, O’Donohue, of Pinckney, is a member of this past year’s MCCAA Eastern Conference Championship HFC softball team. At HFC, O’Donohue is majoring in interior design. She is expected to graduate in 2022 and is unsure where to transfer, but has mentioned Michigan State University as a possibility. Wherever she transfers, O’Donohue plans to continue playing softball.

“I feel honored and grateful that I was chosen for this scholarship,” said O’Donohue. “It is a tremendous help as I work my way through school.”

An alumna of Riverside High School in Dearborn Heights, Bryden attended HFC (then Henry Ford Community College) from 1966-68, while working for the City of Dearborn Heights as a sports director/sports writer. She transferred to Eastern Michigan University in Ypsilanti, where she earned her bachelor’s degree in health, physical education, and recreation, as well as her elementary teaching certificate and her master’s degree in physical education. She played for EMU’s softball team for two years and served as captain her final year.

Bryden began her coaching career at Divine Child High School in Dearborn in 1970, coaching basketball and softball. Under Bryden’s leadership, the women’s softball team became the ASA State Softball Champions in 1974 and won their first Class B State Championship in 1975.

“In softball, we were ranked nationally, finishing in first or second place most years when I coached,” said Bryden. “There are so many memories from every team I was fortunate enough to coach. I remember how committed the players were, and how hard they worked. They were always proud to be Hawks!”

A retired physical education teacher at Mary Helen Guest Elementary School in Walled Lake, where she taught for nearly 30 years, as well as a former HFC adjunct faculty member, Perkovich is the building supervisor for HFC basketball games.

A Divine Child alumna, Perkovich attended HFC from 1975-78, earning her associate degree in liberal arts. She attended HFC on a volleyball scholarship and later basketball and softball scholarships. However, those two teams did not exist at the time. Then-AD John O’Hara told Perkovich that she’d need to get 200 signatures from classmates for HFC to start those two teams.

Perkovich got those 200 signatures and more, proving there was a need for an equalization of men’s and women’s sports at HFC. Bryden became Perkovich’s coach for the basketball and softball teams. From 1978-91, Perkovich served as Bryden’s assistant coach for the softball team. She even turned down a volleyball scholarship at EMU – where she earned both her bachelor’s and master’s degrees in physical education and her classroom endorsement – to coach alongside Bryden.

Brown has called Bryden a great mentor. He is looking forward to honoring her at the game.

“Nancy has been very welcoming and encouraging of my efforts as a coach at the College,” he said. “She was the very first coach of the softball team, so she definitely deserves this respect and honor.”

There is no cost to attend the Alumni softball game and picnic. For more information, contact Brown at 313-567-3200 or sjbrown@hfcc.edu.