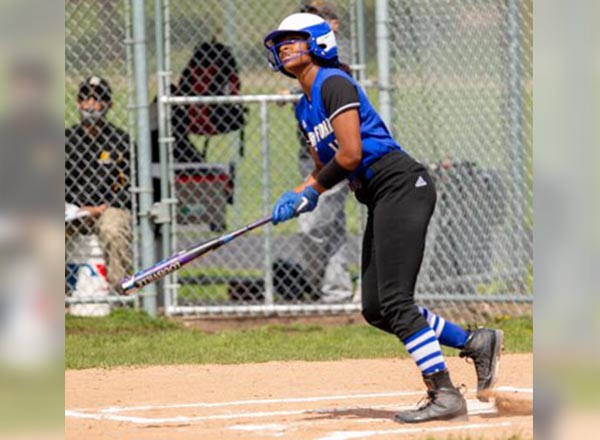 Despite playing during a pandemic, the HFC softball team had a super season, becoming MCCAA Eastern Conference Champions.

The Hawks shut out St. Clair County Community College 12-0 on May 14. They had an overall season of 29-10. Moya Jones was named the MCCAA Softball Player of the Year.

Coach Steve Brown, who has been the head coach since 2018 and has recently been named the MCCAA Softball Coach of the Year, said this year’s team is one of the best teams he’s ever coached in a career spanning more than 30 years.

“Without a doubt, this is the best mix of talented, energetic, dedicated, and hard-working young women that I have ever coached!” said Brown. “The players were always encouraging other, sharing helpful tips to improve the next at-bat, trying to come up with a solution on areas of improvement, and – of course – celebrating the things that worked! The players gelled together as a team. We became a family.”

Successful on the field and in the classroom

According to Brown, the rap song, “We Started from the Bottom, Now We’re Here,” by Drake has been the theme song for the softball team (albeit with some changes to the lyrics). He pointed out how far the team has come in the last three years in terms of attitude, and commitment while under his leadership.

“This year's team was successful both on and off the field. These women have excelled both academically and athletically,” said Brown. “I am extremely proud of every one of them! Their work ethic, leadership, and performance were apparent when we won the conference as the No. 1 seed! They showed the Eastern Conference that the HFC Hawks are a force to be reckoned with!”

What made this season even more special was the support of HFC Athletic Director Rochelle Taylor, HFC President Russell Kavalhuna, the faculty and staff, the parents, and the alumni.

“Having these alumni in attendance really gave everything a nice buzz,” said Brown. “They fully showed their support of our student athletes.”