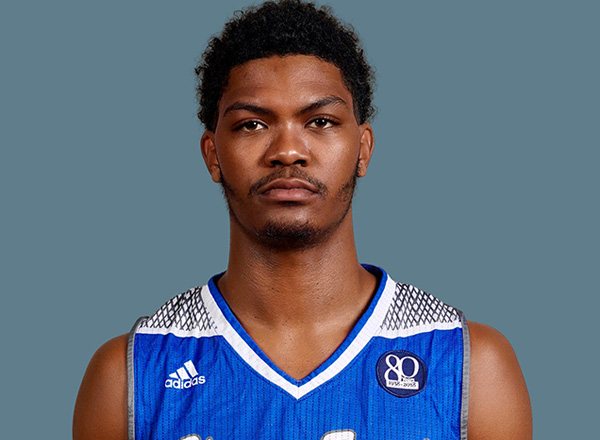 HFC basketball player Gary Solomon, Jr. is the third National Collegiate Athletic Association Division 1 signee from the Hawks team this year. The lifelong Detroiter will transfer to the University of Southern Indiana in Evansville, IN, continuing his basketball career on a full-ride athletic scholarship.

Solomon spoke about what prompted his decision to attend USI.

“It’s a real basketball town. The energy there is crazy. The people – the fans, the community – they just love basketball down there,” said Solomon.

“We are really proud of Gary,” said Coach Chris Shepard. “He is an absolute winner. He had a monster year for us, leading the country in assists.”

“Coach Shep’s a cool guy. He did so much for me, for all of us,” said Solomon. “We had a connection. We grew from it and learned from each other. That’s why I ended up playing at HFC.”

HFC transformed Solomon into a leader

An alumnus of Detroit Edison Public School Academy, Solomon attended HFC on a full-ride athletic scholarship. He graduated this spring from HFC, earning his associate degree in general studies. At USI, he will major in communications. His ultimate career goal is to become a fashion designer of streetwear. In fact, he has his own fashion design label called Departure.

“I spend a lot of money on clothes,” he said. “It just felt right to bring out my own clothing line because I love clothes so much.”

Solomon served as one of two team captains for the Hawks during the 2021-22 season. Playing for HFC transformed him into a leader.

“HFC helped me become a leader, on and off the court. Because our team was young, I was more of a person they listened to. As point guard, you have to be vocal and be engaged with all the players. That’s one of the key reasons I turned into a leader.”

“Gary was a tremendous part of our success this season, and we are really excited for him,” said Bradley. “He came to HFC with dreams of earning an associate degree and a DI basketball scholarship. He was able to accomplish both! We demanded a lot of him, both on the court and in the classroom. He was able to exceed our expectations. Southern Indiana is going to love him.”