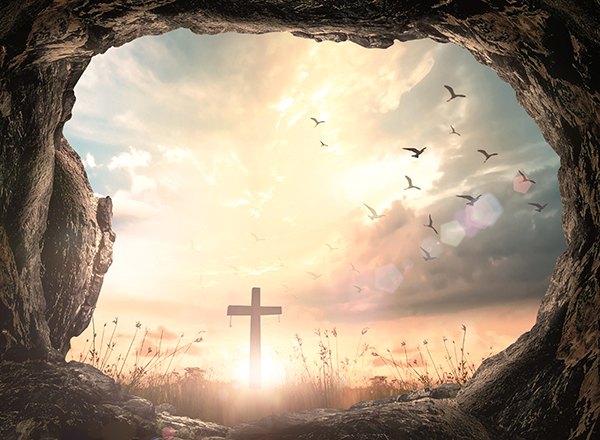 On Sunday, April 4, Christians worldwide will celebrate Easter. This is the holiest day of the Christian year.

What do the holidays of Holy Week, Good Friday, and Easter mean?

The Christian faith centers on the life, death, and resurrection of Jesus. As I noted in my message about Christmas, Christians believe that Jesus was the Son of God and savior of all humankind.

Some Christians observe a 40-day season of reflection, fasting, and repentance before Easter. This season is called Lent, and it begins on a day called Ash Wednesday, which was February 17 this year.

Here is a brief explanation of the Christian belief about Easter: Jesus of Nazareth was a Jewish man who grew up to be a carpenter and a religious leader. He built a popular following by speaking to crowds about how to follow God. He brought about healings and other miracles while traveling throughout Galilee with his 12 disciples, who pledged to follow him and support his ministry.

When he was in his early 30s, Jesus made a triumphal entry into the city of Jerusalem just before the Jewish holiday of Passover. He was met by a cheering crowd waving palm branches. The day of his arrival in Jerusalem is celebrated by Christians as Palm Sunday, one week before Easter.

The week between Palm Sunday and Easter Sunday is called Holy Week by some Christians. They believe that many significant events took place during this week in Jesus’ life.

The culmination of the week was Jesus’ execution by crucifixion on Friday, which is now commemorated as Good Friday, and his resurrection from the dead the following Sunday, now celebrated as Easter.

Christians believe Jesus ascended into heaven 40 days later and now awaits the time when all Christians will join him there. In Christian belief, the death of Jesus was an atonement for the sins of all humankind, and Jesus’ resurrection frees all believers from the consequences of sin.

I wrote in detail about these holidays and their celebrations and observances last year. I encourage you to read it.

To all who celebrate, Happy Easter!