Get to Know HFC: Jerry Kondraciuk 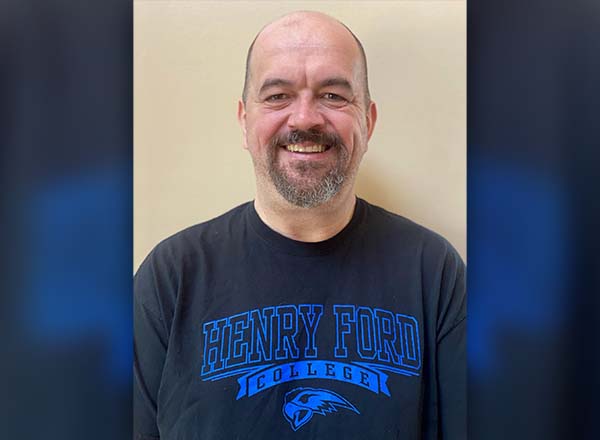 By his own admission, HFC Senior Systems Administrator Jerry Kondraciuk (pronounced “Khan-DRAH-chick”) was not the greatest student during his days at Cody High School in Detroit.

“I made mistakes in high school. I never took the SAT and skated through school with barely passing grades. I had the expectation I was going to work on the assembly line and follow in my father’s footsteps. That didn’t work out. An entitled kid got a rude awakening,” confessed Kondraciuk.

A knack for computers

Kondraciuk realized he had a proficiency for computers, something a teacher at Cody named Mr. Martin noticed. Martin encouraged Kondraciuk to pursue computers as a career.

“I was a terrible student,” he said. “The exception to this was computers. We learned to program in BASIC and Pascal. I was the best at it. During my senior year, they have an Honors Convocation where all the smart kids get awards and accolades. Me being a middling to low-grade student, I wouldn’t have a reason to go there. A couple weeks before the Honors Convocation, Mr. Martin told me that they created a category for excellence in computers and they were awarding it to me. If that’s not a sign, I don’t know what is.”

“I needed a reboot and HFC provided that for me in 1992,” he recalled.

Daughter following in his footsteps by attending HFC

He is married to Nikole Ford-Kondraciuk, who is HFC's Assistant Director of Enrollment Services. They reside in Flat Rock with their two children, Alayna and Alexia. Alayna began her first year at HFC this Fall. She is currently in the Henry Ford II Honors Program and is studying supply chain management.

“I’m very proud of my daughter, who’s continuing her education at HFC just like I did,” said Kondraciuk. “She intends to carve her own path. She has our full support.”

Kondraciuk has been employed at HFC since August 1995. He began his career at the College as on-site contractor for Compu-Aid, Inc in Warren. He became a full-time employee at the College in August 2014. He began as an Ellucian analyst, a position he held for four years.

“During my first round of schooling at HFC circa 1992-94, I learned COBOL programming,” he said. “Compu-Aid was an on-site technology management firm at the College, and they posted the job at HFC and the University of Michigan-Dearborn. My sister Rosemary, who was working at UM-Dearborn at the time, found the ad and gave it to me. I applied and got the job. It was an opportunity for me to pay back HFC for teaching me a skill by using it to help them. It sure came in handy during Y2K (the year 2000).”

Kondraciuk pointed out that Kimberly Moscardelli interviewed him for this position. Al Cackowski offered him the job. Both Moscardelli and Cackowski were Compu-Aid contractors and are now full-time HFC employees. Moscardelli is a CIS instructor. Cackowski is a business intelligence systems analyst.

Kondraciuk has been in his current position at HFC since 2018. He reports to Bryan Johnson, HFC Assistant Director, Data and Voice Communications. He is also the chair of the Data Integrity Oversight Team (DIOT), which identifies and works to eliminate data problems. DIOT acts as a vetting and approval team for significant data changes. He is also the parliamentarian of the Local 71 Executive Board.

“A great place to work”

“This will probably sound cliché, but whatever,” said Kondraciuk. “The best part about working at HFC is knowing that I can make a positive impact on someone’s life. In many cases, it’s the little things. Words of positivity or a bad dad joke or something to evoke a positive response from a colleague or a student having a rough day. Helping students and staff succeed on a daily basis is very rewarding. It could be something as simple as a password reset or something as complex as restarting multiple systems in the middle of the day because of major failure. When a student or staff issue comes to me, I am not letting it go until it’s resolved. I don’t want a student or staff member to feel like they’re getting the runaround.”

For Kondraciuk, HFC is a great place to work.

“The challenge of working at HFC and higher ed in general is the ever-changing technology,” he said. “I am constantly learning new things and discovering ways to leverage the technology to help move the college forward. HFC is a great place to work techies like me because there is always something new to learn.”