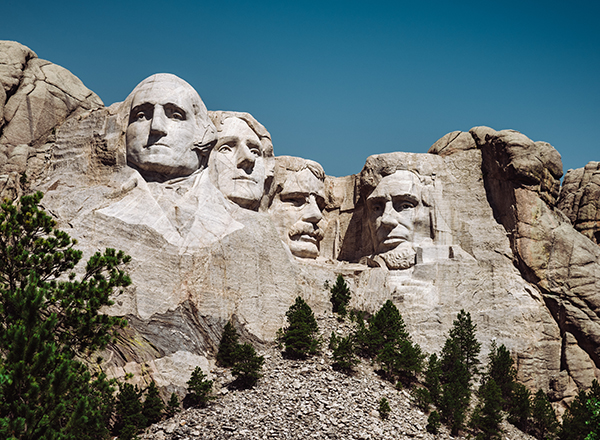 On the third Monday in February each year, we celebrate the U.S. holiday commonly called Presidents’ Day. Officially, the federal holiday is still called Washington’s Birthday. This year, the holiday falls on February 17.

What is Presidents’ Day?

The origin of this holiday dates back to the year 1800, when an unofficial national holiday was established to celebrate George Washington’s birthday on February 22. Washington, the nation’s first president and a central figure in securing the United States’ independence from Great Britain, had died one year earlier. At the time, he was widely considered the most important leader in the nation’s brief history. So the nation began recognizing his birthday each year.

In 1879, President Rutherford B. Hayes decreed Washington’s Birthday an official national holiday, and it has remained so since.

In the late 1960s, Congress passed the Uniform Monday Holiday Act, a measure to move certain national holidays such as Washington’s Birthday, Memorial Day, Columbus Day, and Veterans Day to be celebrated on Mondays rather than a fixed calendar date. This Act created more 3-day weekends for federal workers, and was expected to boost retail sales by creating more shopping days.

Because Abraham Lincoln, whose birthday was February 12, was also considered one of the nation’s premier statesmen, a popular movement began in the 1960s to promote George Washington’s birthday together with Lincoln’s birthday as “Presidents’ Day.” The movement took hold, and many states changed the official name of the holiday to Presidents’ Day for their states. In some cases, Presidents’ Day is a day to commemorate all the men who have served as U.S. presidents. However, the federal holiday we celebrate as Presidents’ Day officially remains Washington’s Birthday.

Washington’s Birthday (and Presidents’ Day) has long been considered a day of patriotic commemoration, sometimes including public ceremonies and historic reenactments. During the Great Depression (1929-1939), the holiday was an occasion to spark patriotic hopefulness, with images of the nation’s first president appearing on the front pages of newspapers nationwide.

On Washington’s 200th birthday in 1932, the Purple Heart (originally the Badge of Military Merit) was reinstated. Washington had created the medal in 1782 as a recognition of meritorious service in the nation’s armed forces, but after several years, it was no longer awarded. The medal was reinstated to honor service members wounded or killed in combat.

Most federal offices, banks, and some schools are closed on this holiday, and U.S. mail is not delivered.

It is important to remember that the presidency is larger than any single person who holds the office. George Washington and the framers of the U.S. Constitution wanted to make sure the president had limited powers, unlike the King of England, whose rule had been the catalyst for the American Revolution and the founding of the United States of America.