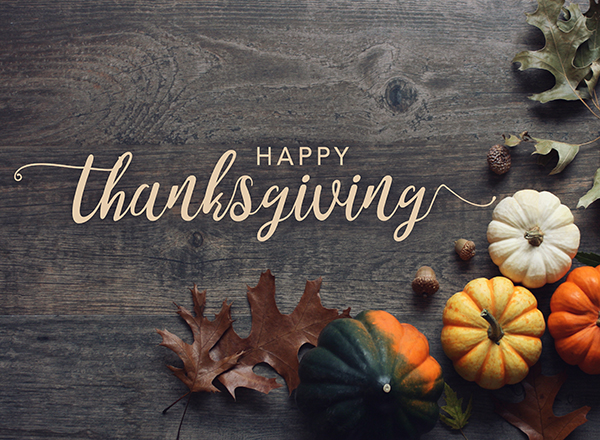 On Thursday, November 28, 2019, we celebrate Thanksgiving Day. This is one of the most well-known American holidays.

What is Thanksgiving Day?

The origins of this holiday in America date back to 1621, but Canada’s Thanksgiving is even older. It dates back to 1578 in modern-day Nunavut, when English explorer Martin Frobisher celebrated his safe arrival in the arctic. The holiday’s Canadian roots can be traced centuries earlier among First Nations peoples (Canada’s indigenous peoples), who celebrated bountiful harvests with dancing and feasting. Canada’s Thanksgiving is celebrated annually on the second Monday in October.

The United States’ Thanksgiving originated separately from Canada’s. Whether the holiday’s origins were peaceful or violent is a matter of some debate.

A group of colonists from England had arrived in the area now known as New England in 1620. They named their landing spot Plymouth and started a settlement there. The colonists struggled with the area’s harsh winters and unfamiliar environment. They received some assistance in growing food from friendly members of the Pawtuxet and Wampanoag tribes of Native Americans.

As legend has it, the next fall, the colonists’ governor invited their Wampanoag friends to join them in a three-day feast to celebrate the bounty of their harvest. Many scholars believe the Wampanoag were actually not invited to this early Thanksgiving. Some believe the feast was declared by Plymouth Governor William Bradford to celebrate victory after a violent clash with local tribesmen.

Historically, relations between colonists and Native Americans varied from peace to extreme violence. The violence increased as the British Thirteen Colonies began to take shape and the colonists (and later, citizens of the United States) waged war on the Native American nations in an effort to expand territorial boundaries and take advantage of the continent’s natural resources.

As for Thanksgiving, there is little historic record of the holiday in any organized way for 160 years after that first celebration. There were some local celebrations. For example, the colony of Connecticut’s governor, Gurdon Saltonstall, wrote a proclamation of “Publick Thanksgiving throughout the Colony” and sent it to King George I in 1721.

While Thanksgiving today is celebrated as a family-centered, peaceful holiday, multiple American wars have contributed significantly to the day’s national status.

For example, in 1863, nearly a century after Washington’s declaration, the American Civil War was raging. The tide appeared to be turning in favor of Union forces. On October 3, U.S. President Abraham Lincoln issued the first proclamation making Thanksgiving a national holiday. The date was set as the last Thursday in November.

Lincoln was probably influenced in his proclamation by Sarah Josepha Hale. She was a writer, editor, and advocate for women’s education. She lobbied state and federal officials to declare a day of thanksgiving for many years, with some success. She eventually wrote to Lincoln, urging him to declare Thanksgiving “permanently, an American custom and institution.”

Lincoln issued the proclamation as a call for healing and unity, asking God to “commend to his tender care all those who have become widows, orphans, mourners or sufferers in the lamentable civil strife” and to “heal the wounds of the nation.” Because it was grounded in the Civil War era, the South long rejected this national holiday, only accepting it around the time of the Great Depression (1929-1939).

After Lincoln’s proclamation, the matter of Thanksgiving’s date was not officially settled. In 1939, in an effort to stimulate a slow economy, President Franklin Roosevelt moved the holiday to the third Thursday of the month to create more shopping days before Christmas. This move was met with significant opposition by those who preferred it later in the month. In 1941, at the eve of America’s entry into World War II, Congress and the president agreed to move the holiday to the fourth Thursday in November, where it remains today.

The holiday originally had religious grounding in giving thanks to God. Today, it has religious meaning for some, and is entirely secular for others.

For many Americans, Thanksgiving is about food, family, and friends. Extended families often gather in large groups to share a traditional meal and activities like games, music, outdoor activities, and watching sports on TV. In Michigan, it is a longstanding tradition to watch the Detroit Lions NFL football team play in the afternoon. The Lions have played every Thanksgiving Day since 1934. I personally have watched the Lions on Thanksgiving since before I can remember.

Dearborn holds its Festival of Trees at the Ford Community and Performing Arts Center this week, as a benefit for the Children’s Hospital of Michigan Foundation. This year marks the festival’s 35th year.

Thanksgiving is a great time to consider the ways we can bring people together and share our gratitude for the things we value most. The tradition of giving thanks is meaningful to me. Like all of you, I have much to be grateful for. At the top of my list are my wife and children, my mother and my extended family, and my friends. I am grateful for all of you who are part of this community at Henry Ford College. It is my privilege every day to be part of this fantastic College and my community of Dearborn.

If you have never experienced Thanksgiving and you are invited to attend a celebration, I encourage you to go.

I wish all of you a restful and joyous Thanksgiving break. I hope you will be surrounded by people you love.