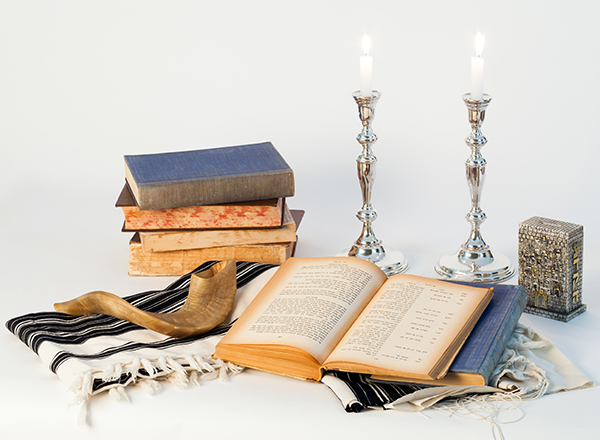 This message is part of many messages related to our diverse community’s many unique holidays, including cultural, historic, and religious observances throughout the year. I am likely to write about the holidays or cultural observances that mean the most to you as they occur throughout the year. Please let me know if you want to learn my plans about a holiday that is specifically important to you.

Together, the holidays of Rosh Hashanah and Yom Kippur are the High Holy Days of the Jewish year.

Rosh Hashanah, which means “the head of the year,” is the Jewish New Year. The biblical name for this holiday is Yom Teruah. It is the traditional anniversary of the creation of the world and the creation of Adam and Eve, who are known as the biblical first man and first woman. Rosh Hashanah is also a judgment day, when Jews believe that their God considers people’s deeds from the previous year, decides what the next year will be like for them, and inscribes the results in the Book of Life for the coming year.

When is Rosh Hashanah?

Rosh Hashanah is a two-day celebration that begins on the first day of Tishrei, the seventh month of the Jewish ecclesiastical year. In 2019, the holiday begins at sunset on Sunday, Sept. 29, and ends at sunset on Tuesday, Oct. 1.

Rosh Hashanah is celebrated with prayer services in the synagogue, candle lighting in the evening, and the sharing of food. Other customs include the sounding of the shofar (a ram’s horn) as prescribed in the Torah. One of the most important observances of this holiday is hearing the shofar in the synagogue. One hundred notes are sounded each day during this holiday.

The shofar represents the trumpet blast from a king’s coronation. During Rosh Hashanah, it serves as a call to repentance. The shofar itself recalls the Binding of Isaac, an event that occurred on Rosh Hashanah in which a ram took Isaac’s place as an offering to God. (Christians and Muslims also commemorate the story of the ram taking Isaac’s place as a sacrifice.)

No work is permitted on Rosh Hashanah. Much of the time is spent in the synagogue, where the regular daily services are expanded.

Eating symbolic foods, such as honey cakes and apples dipped in honey, is a tradition during Rosh Hashanah, as a symbol to evoke a sweet new year. Another food-based symbol is the pomegranate because of a tradition that pomegranates have 613 seeds, one for each of the commandments that a Jewish adherent must keep.

Another Rosh Hashanah custom is Tashlikh (“casting off”). Congregants walk to a flowing body of water to symbolically cast off their sins on the first day of Rosh Hashanah.

Rosh Hashanah marks the beginning of the 10 “Days of Awe,” which conclude with Yom Kippur.

Why do we see different spellings for Rosh Hashanah and other Jewish words and phrases?

The names of Jewish holidays originate in the Hebrew language. The Hebrew alphabet is different from the Latin alphabet that gives rise to the English language. Latin spellings tend to be based on phonetic sounds of the language (phonemes), and Hebrew uses different phonemes than English. Therefore, there are different ways to spell Hebrew words and phrases in the Latin alphabet. You may see Rosh Hashana without the concluding “h,” and this is fully acceptable. In the same way, there are different Latin alphabet spellings for Hanukkah / Chanukah and other holidays.

To all who celebrate Rosh Hashanah: Shanah Tovah! (“A good year!”)

Yom Kippur, the Day of Atonement, is the holiest day of the Jewish year. It concludes the 10 Days of Awe that began with Rosh Hashanah. The day is devoted to repentance for sins that were committed during the previous year.

Jews take this day to focus their hearts and minds on their relationship with God. Fasting is common, but not required. Many Jews dress in white, as a symbol of personal purity. It is traditional to wear a tallit, or prayer shawl, in the synagogue on Yom Kippur.

Five prayer services are held during Yom Kippur: Maariv, Shacharit, Musaf, Minchah, and Neilah. Each has specific readings and rituals. A major component of the Yom Kippur services is the repeated communal confession of sins, known as the Viddui.

The day’s services close with Neilah, during which the congregation imagines the gates of heaven closing at the end of the High Holiday period, and God sealing the Book of Life for the coming year. Neilah ends with a blast of the shofar (trumpet), which signifies God’s response to true repentance.

At the conclusion of Yom Kippur, there is a joyous celebration and a breaking of the fast.

To those celebrating Yom Kippur: Yom Tov! (“Have a good holy day!”)