Labor Day recognizes the contributions of Labor to the American workforce 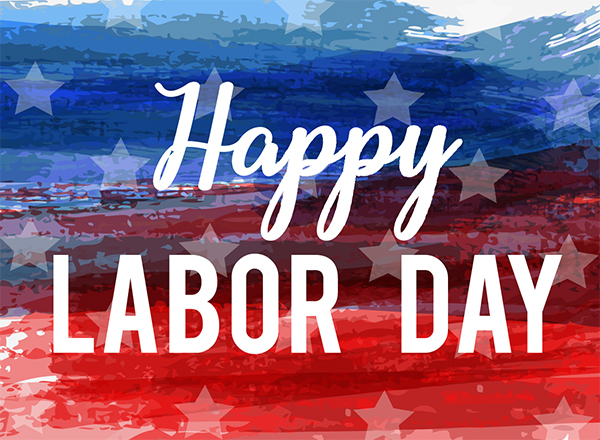 On Monday, September 2, we will celebrate the federal holiday of Labor Day. Most public offices, organizations, and schools, including Henry Ford College, encourage employees to honor and celebrate this day with a paid day away from work activities. Like most institutions, we also suspend classes so that students may relax and celebrate.

What is Labor Day?

Labor Day is an American holiday that honors the labor movement in the United States. Many other nations celebrate a similar holiday, known as International Workers Day, on May 1.

The first U.S. Labor Day celebration, on September 5, 1882, was organized by the Central Labor Union as a holiday for workers in New York City. Ten thousand citizens in Manhattan took unpaid time off to march for labor rights that day.

Labor Day became a federal holiday in 1894, but the movement toward workers’ rights and safety was still decades away from achieving its goal of the protective statutes and regulations we see in today’s workplaces.

At the time, it was common for workers to labor up to 12 hours a day, six days a week. Most workers enjoyed no benefits. They received only the wages they could individually seek from their employer — no overtime pay, paid or unpaid vacations, health insurance, workplace-safety requirements, anti-discrimination protections, or job security.

In the late 19th Century, some children in America began working in in mills, factories, and mines as early as age five. People of all ages often faced extremely unsafe working conditions and had no collective rights. As manufacturing began to overtake agriculture as a common form of employment, workers began to organize and advocate as collective groups, rather than as individuals. This gave rise to labor unions. Unions began organizing strikes and rallies to improve workplaces and to require employers to negotiate fair hours, working conditions, and pay.

Conflicts between employers and workers over pay and working conditions led to significant unrest, including riots. For example, on May 11, 1894, employees of the Pullman Palace Car Company in Chicago went on strike to protest wage cuts and the firing of union leaders. As the strike continued into June, the American Railroad Union, led by Eugene Debs, called for a boycott of all Pullman railway cars, which stalled railroad traffic nationwide. The federal government sent troops to Chicago to break the Pullman strike, under the premise that the strike had halted the delivery of U.S. Mail. There were violent clashes between workers and U.S. Marshals and National Guardsmen. Riots ensued in Illinois. At its peak, the strike involved 250,000 workers in 27 states.

At the end of June 1894, President Grover Cleveland signed legislation recognizing Labor Day, a “workingman’s holiday,” as a federal holiday.

The Adamson Act, passed on September 3, 1916, established the eight-hour workday and launched the movement toward further legislation that would ensure increased workers’ rights.

American labor unions have established benefits for all workers

Labor Day is not exclusively a union holiday, but without organized labor, the holiday would not exist. Nor would many of the rights you enjoy today.

The labor movement is largely responsible for federal law that protects workers' rights to come together and collectively bargain with their employer. Prior to this right, employers often vigorously resisted workers joining together. Sometimes this resistance was violent or deadly. The right of workers to organize and collectively bargain has existed since the passage of the National Labor Relations Act in 1935. This legislation helped lay the foundation for many of the workplace provisions we see today.

Some examples of these provisions include the 40-hour workweek, minimum wages and overtime pay, vacation and holiday pay, an end to child labor, job security provisions, employer-sponsored health care, anti-discrimination and anti-harassment laws, the Family and Medical Leave Act, and pensions and Social Security.

I value all HFC employees. These groups represent our College’s employees, and I respect and value these unions and their leaders. I am proud to work with them, and I am proud of what the unions do for our College and in our community throughout the year.

In many cities and towns, citizens organize fireworks displays, barbecues, and public arts or sports events during Labor Day weekend. The American football season, a popular sport at the high school, college, and professional levels, begins near Labor Day.

For many families, the three-day Labor Day weekend is the last chance to take summer trips, so thousands of Michiganders head to favorite destinations for the weekend. In Michigan, a favorite tradition is to head “up north” for the weekend, which can mean anywhere from the middle of the state and the Great Lakes, to the northern Lower Peninsula, to Mackinac and destinations in the Upper Peninsula.

Unofficially, Labor Day marks the end of the summer season.

To me, “Labor” is a cornerstone of the American way of life because it symbolizes our shared value that hard work delivers individual and collective prosperity. Whatever your plans for this Labor Day weekend, I hope you find it a relaxing and safe holiday. See you in September!