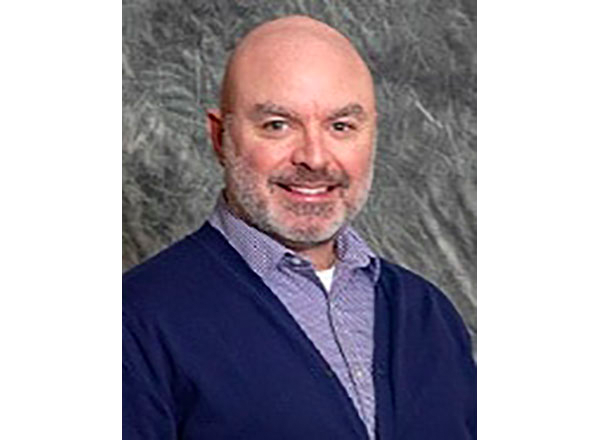 Effective July 1, Dr. Eric W. Rader, a political science professor at HFC, is now the president of the Rotary Club of Dearborn.

“About a year and a half ago, (Maleyko) was coming in as the president and asked me if I’d be willing to step into the presidential lineup. I told him yes, and here I am,” said Rader, who was subsequently elected by the Board of Directors.

Rader feels he has big shoes to fill. He’s up for the challenge.

“Glenn was a very good president,” said Rader. “He’s very well-regarded in the Dearborn community. He mentored me, and that’s been very helpful.”

“I’ve always had an interest in politics and government going back to grade school, so it was a natural fit for me,” he said.

Rader has taught political science at HFC since 2004. In addition to his teaching duties, he is the External Vice President of the HFC Federation of Teachers, Local 1650.

Prior to coming to the College, Rader worked for Gov. Jennifer Granholm for almost two years as Assistant Policy Advisor. His primary duty was providing advice and research to Granholm about education policy. Before Granholm was elected Governor of Michigan in 2003, he worked on her 2002 gubernatorial campaign as a field organizer.

Rader’s joined Rotary to become more involved in the Dearborn community because of his affiliation with the College. Rader and Goward are not the only HFC-affiliated Rotary members. Janice Gilliland, dean of the HFC School of Science, Technology, Engineering, & Mathematics (STEM), is a member of the Dearborn Rotary Foundation Trustees and serves on the Club Board as the chair of the International Service Committee. Local 1650 President John McDonald is also an active member.

“Eric’s a great guy,” said Goward. “He keeps his heart on fire and his mind on ice.”

Rader wants to begin implementing Rotary’s five-year vision that was recently adopted. The main goal is increasing the club’s overall membership with a focus on diversity to properly represent the overall Dearborn community.

Rader wants to increase fundraising efforts, particularly for scholarships. At this past spring’s Scholarship Celebration, Rotary awarded 23 scholarships totaling $63,000 to high school seniors, many of whom are attending HFC in the fall.

Founded in 1905, Rotary International is the world’s first service club organization involved in humanitarian efforts. It has more than 1.2 million members in 33,000 clubs worldwide. Dearborn Rotary has been serving the Dearborn community since 1923, making it one of the oldest service clubs in the city.

“That is an incredible legacy of service that our Club and our city should be very proud of. What Rotary has accomplished is monumental, but what we can and will accomplish will be even greater,” said Rader. “Rotary is a great service club with a rich history in Dearborn. If you share our desire to make the world and our community a better place to live and work, you should plan to visit our club and see firsthand how you can be part of the amazing work of Rotary.”