Notice: This article is more than one year old and is part of the Henry Ford College news archive. Information in the article may be outdated. For the most current news and information about Henry Ford College, please visit hfcc.edu/news, or contact communications@hfcc.edu.
Release Date:
Monday, August 28, 2017 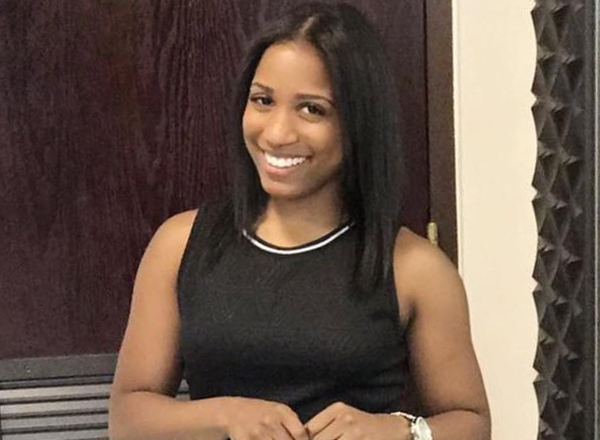 After a sold-out run at Detroit’s YMCA Boll Theatre last January, “Strawberry – What Party?” is coming to Henry Ford College (HFC), running from Sept. 8-24 in the Adray Auditorium, located in the Grant U. MacKenzie Fine Arts Center (Building F on the main campus).

“Strawberry – What Party?” will run for nine performances on the following dates and times:

The two-act play is based on former Detroit Free Press reporter/columnist Carol Teegardin’s book “Strawberry: How an Exotic Dancer Toppled Detroit’s Hip Hop Mayor,” which is about exotic dancer Tamara Greene, alias Strawberry, who was murdered April 30, 2003 in a drive-by shooting.

It was alleged in the fall of 2002 that Greene, a mother of three, and other strippers danced at a bachelor party at the Manoogian Mansion – the city-owned residence of the mayor of Detroit, who at the time was Kwame Kilpatrick. During the festivities, Carlita Kilpatrick, the mayor’s wife, supposedly came home unexpectedly and attacked Greene because of the provocative way she was touching the mayor. However, neither the alleged party nor the alleged assault has ever been proven.

Investigators stated Greene was killed in a drug dispute, but conspiracy theories abound to this day, asserting that her murder was connected to the supposed events of the Manoogian Mansion party and covered up, neither of which has ever been proven. Greene’s case went cold, but has recently been reopened.

In the end, Kilpatrick resigned as mayor on Sept. 18, 2008 amidst many corruption charges. He was convicted of perjury, misconduct in office, and obstruction of justice. He is currently in prison. Greene’s murder remains unsolved.

Teegardin has a strong point of view on the murder and surrounding events.

“I wrote the book and play because it’s an unsolved piece of Detroit’s history. People still want answers. It’s still horrific for Strawberry’s family, and I personally felt the cover-up of this homicide was cruel. Several witnesses attested to a cover-up. Homicide detectives had evidence of a cover- up, but it was swept under a rug because she was a dancer and they wanted to keep Kilpatrick’s name free from scandal,” said Teegardin.

“I have worked for two years on the play with Carol. She did extensive research, and I followed it in the news,” said Bremer-Beer.

Teegardin will sign and sell copies of her book “Strawberry” during all performances. The proceeds will go to Greene’s three children.

Tickets for “Strawberry – What Party?” are $25 (general admission) and $20 for senior citizens and students with a valid photo ID. To purchase tickets, go to BrownPaperTickets.com. For questions or further information about the play, call Teegardin at 248-660-7629.