Through a collaborative process of shared leadership and active communication with our students, staff, faculty, and community, HFC creates a vibrant environment for learning, teaching, and working.

HFC Board of Trustees

The Henry Ford College Board of Trustees comprises seven members who serve six-year terms. They are publicly elected during regular local elections. The Trustees serve concurrently as members of the Board of Education for the Dearborn Public Schools.

The HFC Trustees are responsible to select the College President, to provide broad oversight of the College's operations and financial status, and to establish and maintain its policies. The board meets monthly throughout the year except July.

Shared Leadership at Henry Ford College is a process of collaboration and communication among all stakeholders, including employee groups, students, our community, and the Board of Trustees. Through this dynamic, cooperative process, the College community receives input and recommendations from all stakeholders to make data-driven decisions that will help us achieve our mission and goals. This participatory model focuses on respectful, honest, transparent, collaborative decision-making. Shared Leadership is driven by the work of several councils: Operations Council, Coordinating Council, and the Faculty Organization and Faculty Senate. The work of these groups helps HFC to transform lives and build better futures by providing an outstanding educational experience for all students, and a positive, supportive work environment for faculty and staff.

Office of the President 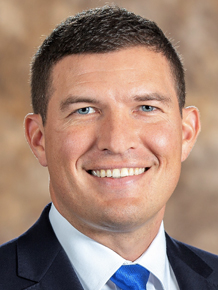 President Kavalhuna is responsible for leadership, management, development, and coordination of all departments, divisions, and functions of the College, both internal and external. He is the foremost public representative of the College, speaks in an official capacity for the College, and is the face of the College to many public audiences.

In collaboration with other leaders, President Kavalhuna establishes and communicates the vision and strategic direction of the College. Some areas of responsibility include planning, budget, academics, communications, personnel, student services, facilities, fundraising, policy, reporting, and community and government relations.

The president works closely with seven Vice Presidents who take primary strategic and operational responsibility for major functional areas of the College, and for the implementation of the College's strategic plan. This group of senior leaders comprises the President’s Cabinet. The president also works closely with the Deans of the four HFC academic schools, the leaders of HFC’s five collective bargaining units, and other leaders on and off campus.

The President is appointed by, and reports to, the Henry Ford College Board of Trustees, whose seven members are elected by the citizens of Dearborn, and whose members also serve as the Dearborn School District’s Board of Education. 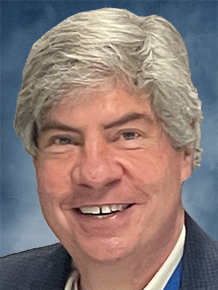 The Office of Academic Affairs is responsible for the administration, coordination, and development of all academic functions of the college. We support the mission of the College by supporting and maintaining a highly qualified and diverse faculty, dynamic, challenging and viable academic programs, and an integrated academic support system to promote student retention and success.

Our vision is to create a center of educational excellence, creating flexible, high-quality, and learning-centered pathways to student success and empowerment.

Our mission is to engage and educate our community through teaching and learning opportunities that are inspiring, creative, effective, and evidence-based.

Offices that report to Academic Affairs

Vice President of Financial, Facilities, IT, and Auxiliary Services 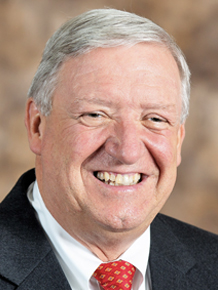 The Office of Financial, Facilities, IT, and Auxiliary Services maintains the College's financial and internal services systems and integrity.

Offices that report to Financial, Facilities, IT, and Auxiliary Services

Contact the VP of Financial, Facilities, IT, and Auxiliary Services 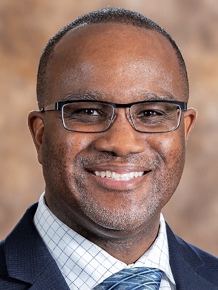 The Mission of the Henry Ford College Foundation (HFC) is to raise charitable support for the College by building long-term relationships with such constituents as business, civic and community leaders, alumni, corporate and philanthropic foundations, and individuals of influence and affluence, in support of the goals and objectives of the College and the educational and career aspirations of HFC students.

We are committed to providing knowledge, communication skills and cultural opportunities to prepare our diverse student population for a rapidly changing world and workplace. Ours is a tradition of building futures.

Offices that report to Advancement 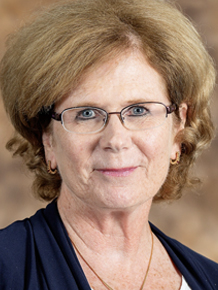 The General Counsel and Vice President of Legal Services is responsible for all legal work associated with College activities. This includes compliance with federal, state, and local laws and statutes, risk management, and reviewing and approving all College contracts and policies.

The scope of legal services includes official activities of the College as a whole, and College officials acting within their capacity on behalf of the College.

The Office consults with outside counsel in cases relating to highly specialized subject matter.

Vice President of Marketing and Communications 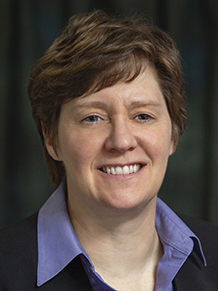 The Office of Marketing and Communications drives experiences of relevance and value to increase the visibility, enhance the reputation, and advance the mission of the College. Ultimately, the goal is to support student success, sustained enrollment, and increased community, alumni, and partnership investments in the College.

Offices that report to Marketing and Communications 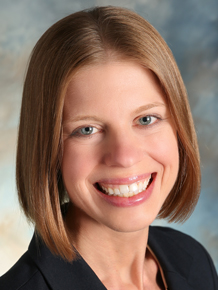 The Office of Strategy and Human Resources is responsible for the collection, analysis, and distribution of data for use in planning, decision-making, and policy formation at Henry Ford College. We serve as a clearinghouse for all information pertaining to the College and disseminate this information to a broad array of internal and external constituents. Additional responsibilities include leading the College's strategic and operational planning processes and supporting college-wide efforts to maintain Higher Learning Commission (HLC) accreditation.

Offices that report to SHR 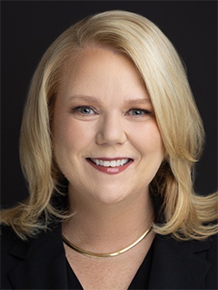 The Office of Student Affairs is responsible for student services and an excellent student experience across the spectrum of academic, co-curricular, and extracurricular touchpoints at HFC.

Offices that report to Student Affairs 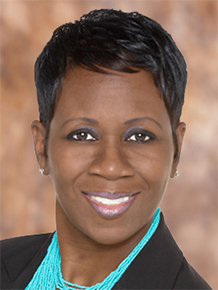 The School of Business, Entrepreneurship, and Professional Development comprises traditional business disciplines such as management, accounting, finance, and marketing, as well as programs, degrees, and coursework for those who want to run their own business, and those who wish to pursue skilled trades and workforce development credentials.

Email the School of BEPD

The School of Health and Human services encompasses the HFC nursing program and other health-related fields such as radiography, ophthalmic technology, EMS, PT assistant, fitness leadership, pre-pharmacy, respiratory therapy, medical insurance, and related programs and credentials. The Nursing program is on our East Campus.

Email the School of HHS 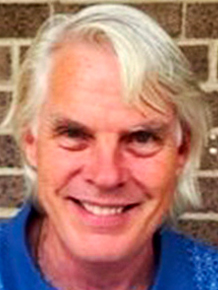 The Henry Ford II Honors Program is also housed in the School of Liberal Arts.

Email the School of Liberal Arts 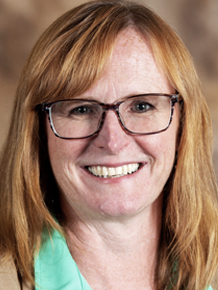 The School of STEM provides interdisciplinary education that prepares graduates for some of the fastest-growing fields in the world. STEM is based on a cohesive learning model that integrates study and application across the sciences, technology, engineering, and mathematics.

Email the School of STEM

The majority of Henry Ford College employees are represented by one of five collective bargaining units. These organizations and their members are an essential part of the HFC community, and the College Board of Trustees and Administration value and appreciate their partnership in achieving our mission. 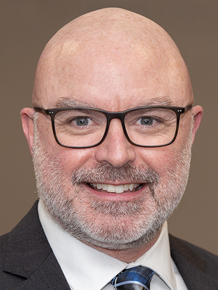 Local 1650 is the the sole and exclusive bargaining representative for the Bargaining Unit consisting of all classroom teachers (except part-time extra-contractual classroom teachers teaching less than ten contact hours); all Department Chairpersons, all Counselors, all Librarians, all Career Services Officers, Student Outreach and Support Services Director, Special Needs Program Advisors, Student Newspaper/Student Activities Officer, and Athletic Director (except for the non-classroom teaching positions cited above working less than nineteen hours per week).

Local 1650 President Eric Rader also serves the College and our students as a political science instructor. 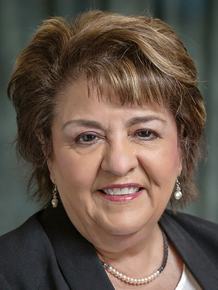 AFO President Lynn Boza also serves the College and our students as a Licensed Professional Counselor. 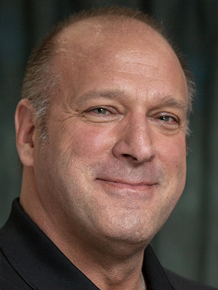 Local 71 President Joe Zitnik also serves the College and its students as Director of Network and IT Infrastructure. 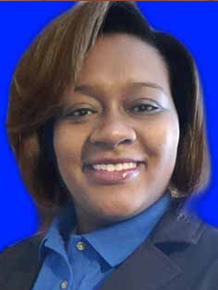 The Support Staff Association is exclusive representative of all regular full‐time and regular part‐time maintenance and operation, clerical, technical support and food service employees of the Employer, including those listed on Schedule A in the SSA contract, excluding all administrators, directors, managers, supervisors, direct reports to Cabinet‐level employees, Human Resource employees, temporary/casual employees who are performing assignments twelve (12) months or less in duration, substitute employees, student employees, and all other employees.

SSA President Leslie Windless also serves the College and our students as a Student Success Navigator.