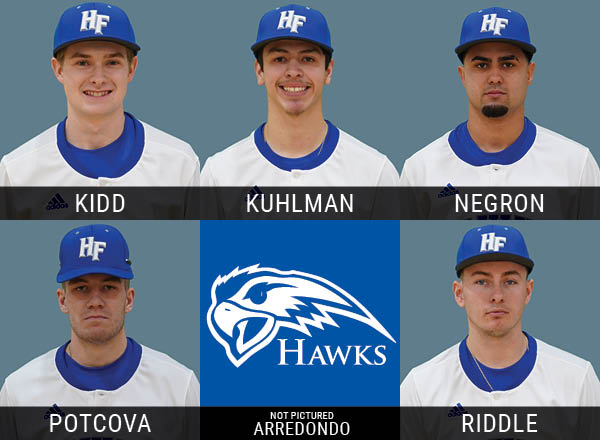 The six players who were honored include:

This season marks Coach Mike Abney’s fourth season as head coach of the Hawks. From 2010-18, he served as an assistant coach.

“I’m very proud of these players, of all our players. It’s been a successful season,” said Abney. “Several people could have transferred to another school but stayed and helped us get into the playoffs for the first time in several years. We had three transfers from Florida. Their input was a significant contribution in our making the playoffs. Everybody won!"