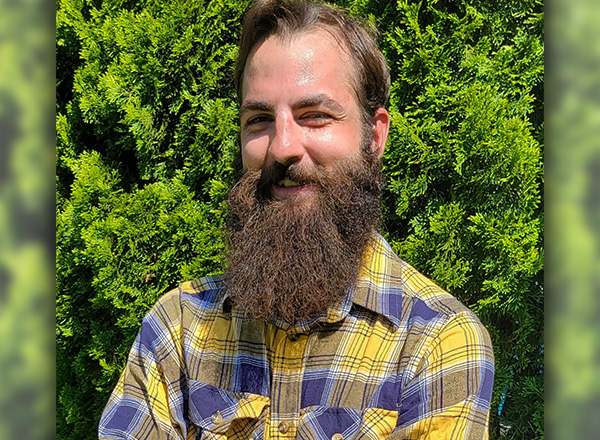 HFC student Bryant wants to bridge the gap between technicians and engineers.

“Having an understanding of the other people you work with but don’t see will make for a much better workplace. If I can do that, that would make me valuable. I feel we should all be getting along better, that’s all,” explained Bagnall, of Grosse Ile.

In an effort to see multiple sides of work, Bagnall is majoring in pre-engineering and electrical engineering technology at HFC.

“By studying the technician side of things, learning what they do on the floor and how things come together, I’ll have 4 or 5 years of experience on the floor. I’ll have a knowledge of fabrication, hydraulics, electrical/wiring, and machine programming,” said Bagnall.

An alumnus of Grosse Ile High School, Bagnall is a member of the Henry Ford II Honors Program at the College. He is scheduled to graduate from HFC in 2024, earning two associate degrees. Bagnall plans to transfer to either Eastern Michigan University or the University of Michigan to continue his undergraduate education.

Previously, he worked for Amazon for 18 months. His last position was learning supervisor in the training department, where he taught employees how to operate forklifts, enforced heavy equipment safety rules, and made sure safety gear was within specifications.

Originally, Bagnall wanted to become an aviator, which is why he went to WMU.

Bagnall was unable to become a pilot for medical reasons, and eventually enrolled at HFC in 2021.

“It was the closest, most affordable college in the area. It also got good reviews and good word of mouth. If I was going to a community college, it would be HFC. It didn’t matter that it was out-of-district for me – it had an engineering technology program I was interested in. I wasn’t going to a four-year school for a two-year degree,” he said. “Engineering was on the back burner in my mind. You have to be technical, intelligent, and hard-working. I never thought I was that kind of person. I decided to become a technician.”

Bagnall didn’t plan to earn a bachelor’s degree until after completing his first semester at HFC.

“I did very well,” he said. “I got the highest grades at HFC ever since my freshman year of high school. I never got above a ‘C’ in English. I got an ‘A’ in English at HFC.”

"When given the opportunity to choose writing topics, Bryant was ambitious,” said Cohn. “For example, he chose to research the evolution of cryptocurrency and blockchain technology. He first found, evaluated, and selected credible sources, and created an annotated works cited list. Then he used his research to argue that blockchain technology can be used to trace federal financial aid disbursements and to reduce fraud or inappropriate use of funds. His handling of such a complex, technical topic illustrates not only his research and writing skills but also his critical thinking skills."

The road to engineering

While unable to fly a plane, Bagnall never lost his interest in flying. He watched a video on first-person drones where the pilots were controlling them via VR goggles, making the wearer believe they were sitting in an actual cockpit of a jet.

“You get the same visual experience,” said Bagnall. “Plus, you get to do tricks and flips and all that with the drone.”

“The videos showed me how to do it, but not how to understand it. I wanted to understand it,” he said. “When you train someone to understand math and science, their creative side comes out and then they can make a proper technical analysis. When you understand how something works and how to make it work, then you can make it better or more efficient!”

This summer, Bagnall will participate in a research fellowship in the Undergraduate Research Opportunity Program through U-M’s College of Literature, Science, and the Arts. A division of UROP is the Community College Summer Research Program. The CCSFP is for community college students interested in transferring to U-M. For 10 weeks, students will work on their projects under the direct supervision of their U-M advisors.

Bagnall’s UROP project is Morphable Aerial Drones. He explained that the chassis of drones do not change shape. In his project, Bagnall is designing a drone that does change shape, which will make a difference (at least, from a theoretical standpoint) in terms of its efficiency and fuel economy.

“Ultimately, I believe I’m on the right pathway now,” he said. “I plan to learn everything I can about building drones in those 10 weeks. I get to build, apply, test, and – hopefully – fly a drone via wireless controls. I love math and science. They’re my easiest subjects. I love applying the laws of science to the world to create, innovate, and solve problems. The most simplified definition of an engineer I’ve heard is they are professional problem-solvers.”

Cohn is proud of Bagnall.

“Participating in UROP this summer will be just one more step in what I'm sure will continue to be a fascinating and successful journey,” she said. "Because of Bryant’s engagement and the inquisitiveness that he demonstrated, I felt sure that he would benefit from greater challenges as a reader, writer, and thinker. I recommended him for the Honors Program. Even with this recommendation, he proved himself to be thoughtful and strategic in planning his education. We discussed the Honors Program together and analyzed its fit for his educational goals before he decided to apply."

“Bryant is a superb student,” said Hazlett. “He is hardworking and intelligent. Often he is toiling away at his engineering work, but he also has a keen mind for discussion and debate. He is a welcomed addition to the Honors Program.”