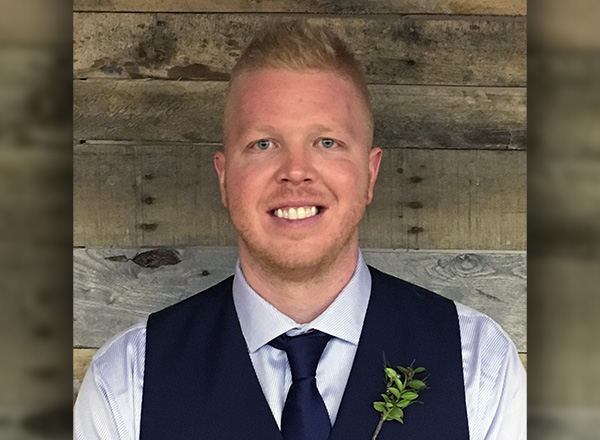 When Dr. Rick Fenwick, Jr.’s hockey career didn’t pan out, he focused on his education.

“Years went by without that competitive feeling of playing a sport. You really do miss it over time. I was teaching at HFC and sharing my hockey experience with the class and how that led me into psychology. After the first class, I had several students stay to talk about developing a hockey team at HFC. The students said they wanted to play but needed a coach with knowledge and experience. It seemed like a fun idea, and I thought it would be a great challenge to build a college program from scratch,” explained Fenwick.

In 2017, the HFC Roller Hockey Team was founded with Fenwick as its head coach. Roller hockey is similar to ice hockey except roller hockey is played on a sport court surface on roller blades, rather than ice skates on ice. There are a few rules differences. Otherwise, the puck, sticks, equipment, and game play are similar.

“We were much more talented than anyone thought we would be," said Fenwick. "We were beating teams in higher divisions than us, and other teams were incredibly upset losing to a first-year program,” he recalled. “That inaugural season, we lost in the Final Four, but everyone was so proud, and we brought home the runner-up trophy for our conference tournament. In the second year, the team developed more and gained more confidence. We lost in the National Championship Game and brought home the National Runner-up trophy, which was great progress for the program.”

In the third and fourth years, the coronavirus pandemic set the program back, preventing the team from playing, which Fenwick called “heartbreaking,” especially since he was coaching talented players who couldn’t compete.

“Last season was technically our fifth season, but really our third full season,” said Fenwick. “The majority of our players were freshmen, and I was curious to see how they would handle playing one of the toughest schedules in the country. The players were incredible, and we ended up winning the National Championship and the tournament was played in Michigan for the first time in National Collegiate Roller Hockey Association history, so it was amazing to win it in front of our home crowd!”

For the 2022-23 season, the team has moved to the NCRHA Division 2. Not only is HFC the only community college competing in the NCRHA this season, it is currently ranked 4th in the D2 Power Rankings, ahead of Michigan State, Ohio State, and Penn State.

“Every year this program has developed and made progress,” said Fenwick. “Now we are focused on sustaining that success for the future!”

Born in Anderson, IN, Fenwick, an only child, moved to Walled Lake at a young age. He played travel ice hockey and roller hockey for 15 years. He now lives in Commerce Township with Leandra, his wife of nearly two years.

At Walled Lake Western High School, Fenwick played football (he was a member of the team that won the Division 1 State Championship in 1999), basketball, baseball, and – of course – hockey. In fact, he was the captain of the hockey team his senior year. That same year, he was also captain of the All-State hockey team, which finished as the USA Hockey Runner-Up.

“When I was 16, I needed a job and was hired into a consulting company as an intern. After a couple of summers interning, the company started to develop my skills with consulting and facilitating. By the time I was 21, I was facilitating large-scale change for organizations throughout the country. My father worked in this field, too. It was inspiring to watch him and to be able to work with him. We started a consulting company together about 15 years ago,” he said.

In addition to his consulting work, Fenwick is the academic program coordinator at the Columbia Southern University College of Arts and Sciences in Orange Beach, AL. He also teaches at Bowling Green State University in Bowling Green, OH and at Schoolcraft College in Livonia. He previously taught at HFC.

Players grow in hockey and in life

Fenwick has been coaching hockey for more than 20 years.

“The best part of coaching for me is seeing how players develop throughout a season and their career,” he said. “I have had several players earn their associate degrees from HFC and go on to play hockey at a university where they never imagined attending.”

He credits much of his success coaching at HFC to HFC Athletic Director Rochelle Taylor. She has been very supportive of the hockey program, according to Fenwick.

“I have conversations with other coaches around the country and they are typically amazed at how much we travel and how far we will travel in order to play a tough schedule,” said Fenwick. “I explain it is because of the support of our AD who makes it possible. I have found that having so much support from the AD is not as common as people think.”

Coaching does present its share of logistical challenges for Fenwick, who’s always ready to meet them.

“Scheduling practices between multiple rinks, driving buses to Tennessee for a weekend and getting back Monday morning at 5:00, booking hotel rooms for everyone, renting shuttle buses. I definitely feel like a travel agent sometimes,” he said, laughing, then added: “I love coaching hockey at HFC and would not trade it for anything in the world!”