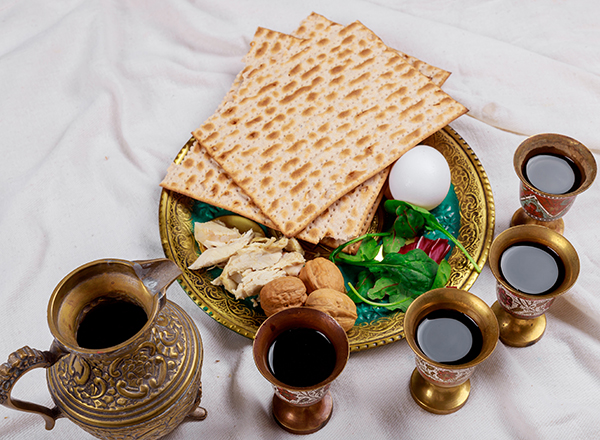 From March 27 to April 4, Jewish people worldwide will celebrate the holiday of Pesach, or Passover.

The 8-day festival of Passover is celebrated during the Hebrew month of Nissan in early spring.

This holiday celebrates the release of the Israelites (Jews) from centuries-long bondage in Egypt. According to Jewish tradition, God had sent Moses to tell Pharaoh (King) Seti I to set his people free. Pharaoh refused, so God sent ten plagues on the Egyptians to compel them to release the Israelites.

The plagues killed Egyptian livestock and crops, and sent lice, flies, frogs, wild animals, locusts, hail, boils, and extended darkness to compel Pharaoh to release the Jews. None of the first nine plagues worked, as Pharaoh refused to free the Jews. So, in the Hebrew year 2448 (1313 BCE), God sent the tenth plague, which killed the firstborn child in every household in the land.

To save their own children, the Israelites were commanded to mark the doors of their homes with lamb’s blood. The blood meant that the plague would “pass over” their houses and spare their firstborn children. As the final plague began, Pharaoh relented, released the Israelites, and asked Moses for a blessing.

I wrote in detail about this holiday, and its celebrations and observances, last year. I encourage you to read it.

To all who celebrate, Chag Sameach!