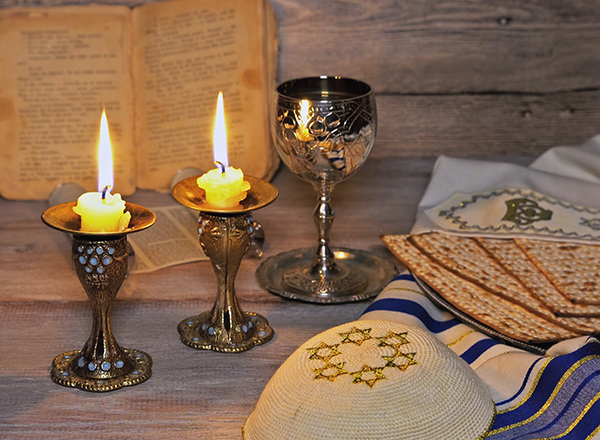 This is one of many messages related to our diverse community’s numerous unique holidays, including cultural, historic, and religious observances throughout the year. I am likely to write about the holidays or cultural observances that mean the most to you as they occur throughout the year. Please let me know if you want to learn my plans about a holiday that is specifically important to you.

From April 8 – April 16, Jewish people worldwide will celebrate the holiday of Pesach, or Passover.

The eight-day festival of Passover is celebrated during the Hebrew month of Nissan in early spring.

This holiday celebrates the release of the Israelites (Jews) from centuries-long bondage in Egypt. According to Jewish tradition, God sent Moses to tell Pharaoh (King) Seti I to set his people free. Pharaoh refused, so God sent ten plagues on the Egyptians to compel them to release the Israelites.

The plagues killed Egyptian livestock and crops and sent lice, flies, frogs, wild animals, locusts, hail, boils, and extended darkness to compel Pharaoh to release the Jews. None of the first nine plagues worked, so in the Hebrew year 2448 (1313 BCE), God sent the tenth plague, which killed the firstborn child in every household.

To save their own children, the Israelites were to mark the doors of their homes with lamb’s blood. The blood meant that the plague would “pass over” their houses and spare their firstborn children.

A highlight of the Passover celebration is the traditional Seder meal, held the first night of Passover. The Seder is highly ceremonial. All elements of the meal hold specific meaning.

Ritual foods are set out on a special Seder plate. The Seder begins with a prayer called the kiddush, followed by the first of four cups of kosher wine consumed during the meal.

Ritual handwashing takes place during the meal before consuming food.

A vegetable (typically an onion or boiled potato) and parsley are dipped in saltwater and eaten, to symbolize the hard work of the Jewish people during their enslavement.

A piece of matzah -- unleavened bread or cracker -- is broken and consumed to symbolize God’s parting the Red Sea to allow his people to safely pass on dry land. Throughout Passover, only unleavened bread is consumed. This is to symbolize the haste required for the Jewish people to leave Egypt, because their bread did not have time to rise.

At this point in the Seder, a child asks (often in Hebrew), “why is this night different from all other nights?”

The recounting of the Haggadah, or Exodus from Egypt, follows. This story includes a brief review of historic highlights, Abraham’s pact with God, a description of the suffering imposed upon the Israelites, the plagues God set upon the Egyptians, and stories of God’s miracles to save his people. The story concludes with a prayer of gratitude.

Each participant takes a small amount of bitter herb (typically horseradish) and dips it in a salad called charoset. This is often done as a “sandwich” using matzah. Charoset is a simple mixture typically containing diced apple or pear, chopped walnuts, and a small amount of sweet red wine.

A full holiday meal is then served. The meal begins by eating a hard-boiled egg dipped in saltwater. Other foods may vary, but often include matzah ball soup, gefilte fish, meat, vegetables, and macaroons.

The final two cups of wine, dessert, and more matzah follow the meal.

Afterward, prayers are recited and songs of praise are sometimes sung. The Seder celebration concludes with the phrase “Lashana haba'a b'irushalayim!” or, “Next year in Jerusalem!” The phrase expresses the hope of joining with all Jews in a peaceful Jerusalem and working to make the world a better place.

This year, it may not be possible for families and friends to gather in large groups as some normally would. Families will likely gather around the tables in their own homes and will keep their extended communities in their minds and hearts as they observe the Seder.

To all who celebrate, Chag Sameach!