HFC alumnus to play baseball for the Boston Red Sox 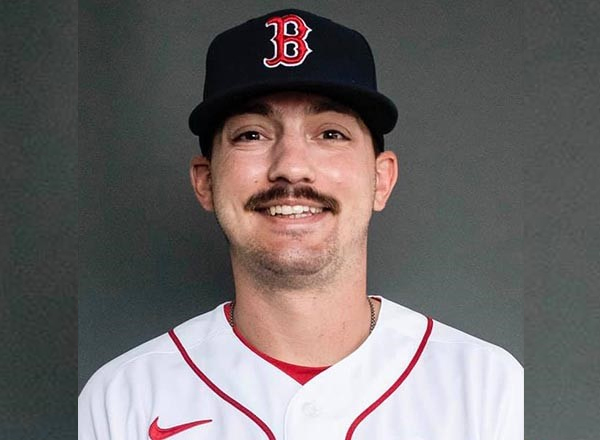 John Schreiber, who played baseball for HFC and the Detroit Tigers, will now play for the Boston Red Sox this season.

HFC alumnus John Schreiber, who played baseball for both the College and the Detroit Tigers, will now play for the Boston Red Sox.

The Red Sox claimed Schreiber, a right-handed pitcher, after he was designated for assignment (DFA) after the Tigers signed outfielder Nomar Mazara.

In baseball terms, DFA means a player is removed from the team’s 40-man roster. Within seven days of being DFA, he can either be traded or placed on outright waivers. If the player is claimed by another club, he is immediately added to that team's 40-man roster, at which point he can be optioned to the minor leagues (if he has minor league options remaining) or assigned to his new team's 26-man roster. In this case, Schreiber has been added to the Red Sox’s roster. He began spring training with the Red Sox in Fort Myers, FL last month. Opening Day for the Red Sox is Thursday, April 1.

“That’s how baseball is. You can’t be upset about those things – it’s business. You can be disappointed a bit, thinking you could’ve done better for the team. I’m just happy I’m still able to play baseball,” said Schreiber, who lives in the Downriver area with his wife Becca.

A graduate of Carlson High School in Gibraltar, Schreiber studied accounting at HFC. He transferred to the University of Northwestern Ohio in Lima, OH, where he continued his baseball career. He made his major league debut pitching for the Tigers on Aug. 8, 2019.

He’s looking forward to packing his bags for Beantown.

“I loved playing for the Tigers – it was a dream come true,” said Schreiber. “I’ll miss being in Detroit, especially since I’m from Michigan. I’ll also be away from my family. But It’s an exciting new opportunity and I’m pretty excited to go to Boston. It’ll be a great experience for both my wife and me.”