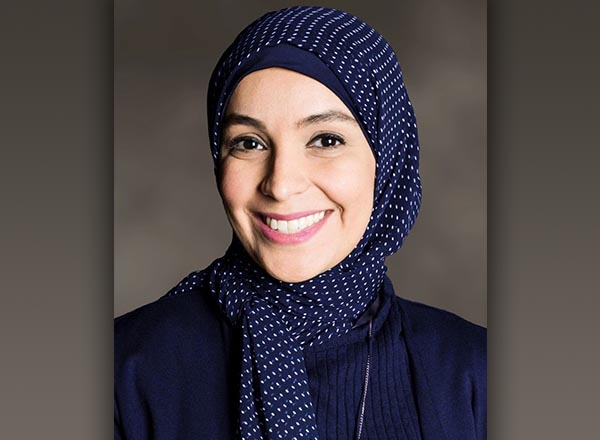 “Maali is a community servant, and her advocacy work over the years assures me that she will do an outstanding job on the Wayne County Women’s Commission,” Baydoun told The Arab American News.

The Wayne County Women's Commission was formed in 2021 by Wayne County Commission Chair Alisha Bell to look at various issues, including employment, earning power, health care and childcare, and to make recommendations designed to improve the lives of women living in Wayne County. All 19 members are volunteers who will serve two-year terms. Commission meetings are open to the public under provisions of the state's Open Meetings Act.

Luqman, of Dearborn, will represent the 13th District, which includes Dearborn and Allen Park.

“As a woman with a passion for equity and the empowerment of others, I am honored to take an active role in the newly-formed Wayne Count Women’s Commission,” said Luqman.

A 2002 alumna of Edsel Ford High School in Dearborn, Luqman attended the University of Michigan-Dearborn. She earned her bachelor’s degree in education with concentrations in mathematics and ESL from UM-Dearborn in 2008. She earned her master’s degree in international relations from Harvard University in 2018, where she earned the Dean’s Academic Achievement Award. Her thesis addressed the effects of political discourse on marginalized communities, which received the Director’s Prize for Outstanding Thesis in International Relations, and was later published in a book.

“I chose to pursue the interior design degree for personal enrichment,” said Luqman.

Luqman was an educator for 17 years, beginning as a paraprofessional right after high school as she attended UM-Dearborn. She has worked in education at the P-12 and higher education levels. At the P-12 level, she has been a secretary and receptionist, paraprofessional, substitute teacher, and classroom teacher. She has worked in mainstream, special education, and ESL classrooms. At the college level, she served as the District Associate Dean at Wayne County Community College District for nearly two years.

Making impactful changes outside the classroom

Currently, Luqman is a fellow with the W.K. Kellogg Foundation & Center for Creative Leadership’s Community Leadership Network in Detroit. The organization is centered around children, community, leadership, diversity, equity, and inclusion. As a community leader, she is also one of the nationwide Legacy Cities Fellows. She ran for a seat on the HFC Board of Trustees in the 2020 election, where she secured 6,700 votes. She has since been appointed to an HFC Board of Trustees ad-hoc committee.

She participated in service and research trips to Palestine, Goree Island, and Senegal, visiting schools and producing several documentaries of each research trip, including “Exploring Senegal”, which was featured on the Harvard Summer School Study Abroad website.

“Being a woman in hijab, having a diverse background and speaking two languages, I felt the pull to get involved in making impactful changes outside the classroom, so I chose to pursue a degree in international relations,” she said. “I am excited to serve in the Wayne County Woman’s Commission to amplify the voices of women throughout our district and contribute to making positive changes for women and families in Wayne County.”