Get to Know HFC: Eric Pate, the voice of the Hawks 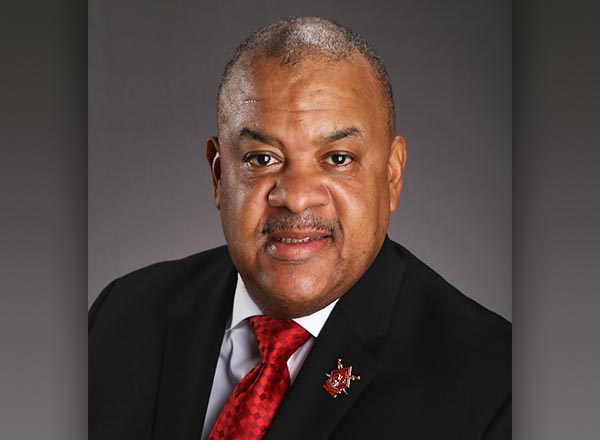 Being the play-by-play announcer for HFC athletics has allowed Dr. Eric Pate – the voice of the Hawks – to stay connected to sports.

“It’s a natural fit for me,” said Pate, who was born in Flushing, NY and raised in Detroit. “I really appreciate the opportunity to be at HFC. I’m able to continue to stay connected to sports. I’ve met the president of HFC and all the coaches – it’s been fun.”

Currently, Pate is the assistant principal at Marquette Elementary-Middle School, which is part of the Detroit Public Schools (DPS). He has been in education for 15 years, the last six as an administrator.

Before going into the education field, Pate was a sports journalist for 20 years. Most notably, he was an on-air personality for sports radio station WDFN-AM – The Fan – for 10 years. He covered the Detroit Lions for Booth Newspapers. His byline appeared on sports pages across numerous newspapers:

Pate left journalism because the field became too volatile in the early 21st century. He had a daughter to think about, and he needed the stability, so he switched careers.

The best of both worlds

A 1981 graduate of Pershing High School in Detroit, Pate played basketball for three years at Marygrove College in Detroit. He transferred to what is now the University of Detroit Mercy, earning his bachelor’s degree in communications studies. Pate returned to Marygrove, where he earned his teaching certification in social studies/history and his master’s degree in teaching. He later earned his doctorate in education leadership from Central Michigan University in Mt. Pleasant.

“I enjoy helping young people become who they want to be,” he said. “The joy I get being in education is seeing a kid in middle school go off to college 5-6 years later to pursue their dreams.”

Being in education and announcing sports for HFC allows Pate to have the best of both worlds.

“It gives me the opportunity to really stay attached to sports and allows me to watch these games,” he said. “I look at Dallas Young, the young man interning with me – I look at him, as I was just like him 35 years ago. I get to pour into him all my knowledge of the field and help him reach his goals.”