From college dropout to honors student, aspiring pharmacist finds his way at HFC 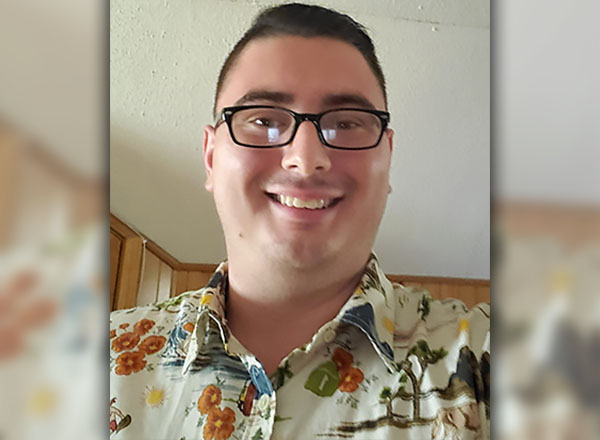 After a difficult start to his college career, HFC gave student Keven Metushi the second chance he needed. He is now on track to a degree, and a potential career as a pharmacist. Best of all, he feels he has found his way in life.

A native of Albania, Metushi – the eldest of three – immigrated to the United States when he was a toddler. His family settled in Redford, where he still lives. After graduating from Lee M. Thurston High School in Redford in 2014, Metushi enrolled at Wayne State University, which he attended for nearly 2 years. He kept switching majors. He felt lost academically. There were other challenges, too.

“I did okay my first semester,” said Metushi. “Then, I just dropped the ball completely. I had some family issues. I just lost motivation and stopped showing up to class.”

There was nothing wrong with Wayne State, but it wasn't the right time in his life for Metushi to stay enrolled. So he left Wayne State and entered the workforce, trying out different kinds of jobs. He was a cook at the Newburgh Grill in Livonia, eventually becoming the manager. He also worked for the U.S. Census Bureau, where he went door-to-door during the pandemic.

Greater life experience gave Metushi the impetus to give college another shot in 2020. This time, he had a plan and a field of study.

Metushi enrolled at HFC in the Pre-Pharmacy program. His ultimate career goal is to earn his doctorate in pharmacology. He is on track to earn his associate degree from HFC in 2023. While he is unsure of where he will continue his education, one option is Columbia University in New York City.

His grandmother inspired him to become a pharmacist.

“She’s been struggling her whole life with so many health problems,” said Metushi. “There are so many different meds she’s on, which have extended her life. She inspired me to look into pharmacy as a career.”

Metushi has been active outside the classroom at HFC. He is on the HFC Student Council, and is the student representative on the HFC Strategic Planning Team. He is a member of the HFC chapters of Phi Theta Kappa and the National Society of Leadership and Success. He recently applied to be the chapter president of NSLS at HFC.

Metushi has continued working, and even got his current job through the HFC Career Services office. Metushi is a test driver for Ford Motor Co. at its New Vehicle Testing Facility in Allen Park.

“I got an email from Career Services about this job,” he said. “I thought, ‘Oh, yeah, I can do this.’ So I applied and got the job.”

Metushi read the acknowledgements section at September’s HFC Board of Trustees meeting. He spoke briefly about his background at the meeting.

“I hadn’t spoken publicly in a long time, but it went well,” he said.

Metushi is grateful for the second chance HFC has provided him.

For Metushi, the community college route has led to the success he wanted from the start.

“The main way the College helped me is it gave me a place to go. When I decided to return to school, I was so lost looking into all these colleges and universities at the time. Then I came across HFC, and it was the perfect fit for me. It showed me I can succeed going back to school. I surprised myself at how well I’m actually doing.”