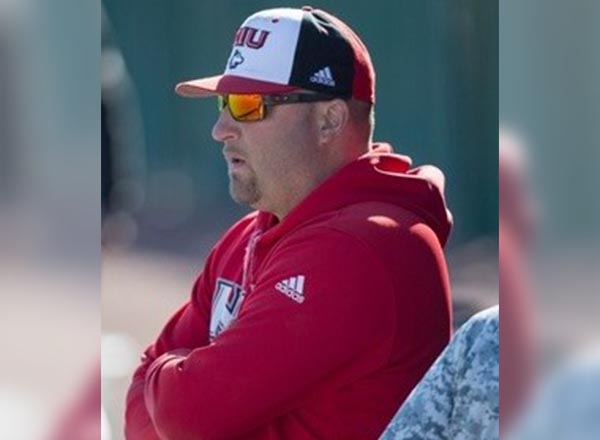 Drew Maki, who studied, played baseball, and coached at HFC, has recently been named head coach of the baseball team at Cleary University in Howell. He is the second person to hold this position in the history of Cleary’s baseball program.

“I’d like to thank Cleary Athletic Director Heather Bateman for the opportunity to lead the baseball program at Cleary University. As I got to know her through the interview process, it was obvious that this was an opportunity I couldn't pass up,” said Maki, who is moving from Illinois back to his native Michigan with his wife and two daughters.

“Drew’s a great guy. He’s been a great mentor to young men. I think he’s a good coach who has paid his dues. He deserves this. He’ll do a great job at Cleary,” said Steve Brown, HFC Assistant Athletic Director for Compliance and coach of the HFC Softball Team.

Playing and coaching for the Hawks

An alumnus of Our Lady of Mt. Carmel High School in Wyandotte, Maki attended HFC (then Henry Ford Community College) on a baseball scholarship. He played first base and was a pitcher for the Hawks, under the leadership of Coach Stu Rose.

Maki transferred to Grand Valley State University in Allendale, where he earned his bachelor’s degree in biology/environmental health. He also continued his baseball career at GVSU. Maki went on to earn his master’s degree in sports management from Eastern Michigan University in Ypsilanti.

Maki began his collegiate coaching career at HFC in 2005 as the Hawks’ pitching coach. In 2005, the Hawks posted a 15-win improvement from 2004.

“I love mentoring student-athletes, on and off the field, and the game of baseball,” he said. “I really enjoy being a part of the guys’ lives, helping them and building something special as a team.”

Coaching at Wayne State and EMU

From 2009-14, Make spent six seasons with the EMU baseball team as the associate head coach and recruiting coordinator. He served as both the hitting coach and the pitching coach. In 2009, as the hitting coach, the Eagles completed the season with 100 home runs – the most in the baseball program’s history. Seven different Eagles earned first-team All MAC honors during Maki's time at EMU, including All-Region selection Zack Leonard in 2011, who became the all-time hit leader in EMU history. The Eagles led the MAC in batting average (.300), on-base percentage (.385), runs (353), doubles (120), and runs per game (6.5) in 2011 in a 37-win season.

In his two seasons Maki served as the pitching coach at EMU, the Eagles averaged 357 strikeouts per season, including a program record of 389 in 2012. That same season, three different pitchers earned MAC West Pitcher of the Week Honors. Eagle Steve Weber, who was twice decorated as Pitcher of the Week, was drafted by the Miami Marlins in 2012.

In fact, five players were selected in the Major League Baseball draft during Maki’s time at EMU. He has coached 21 MLB draft picks/signees. Other players Maki has coached, Anthony Bass and Sterling Sharp, play for the Marlins and the Washington Nationals, respectively.

Learning what it takes to be a head coach

After EMU, Maki became the pitching coach for the Northern Illinois University baseball team in DeKalb, IL from 2014-21. Maki has coached 33 All-Conference selections and 37 All-Academic selections at NIU. He has also been a part of 31 Power 5 wins in his time at the Division 1 level.

At NIU, Maki helped the Huskies advance to within a game of the 2019 MAC Tournament Championship before losing in extra innings in the semifinals. In 2018, the Huskies pitching staff shattered the school record with 432 strikeouts. They also had three of the Top 15 Conference ERA leaders. The Huskies finished in the Top 3 for Conference ERA in both 2016 and 2017.

“Professionally, I’ve learned so much in collegiate baseball in the last 17 years from EMU baseball coach Jay Alexander and NIU baseball coach Mike Kunigonis, both of whom were instrumental in teaching me what it takes to be a collegiate head coach. University of Kansas head baseball coach Ritch Price and NIU Executive Associate Athletic Director John Cheney have been unselfish mentors in helping me to learn and grow.”

“The facilities, the people in the athletic department, and the overall commitment makes the position unbelievably attractive,” said Maki. “Getting closer to home with the opportunity to compete in an excellent conference is extremely exciting as well. Our first task will be to find student-athletes who are a great fit for Cleary. Once we do that, we can provide the necessary tools for on and off field development. I want to create a positive culture to thrive and build. Our expectation is to have our team meet the highest standards in the classroom, on the field, and in the community. I’m excited to get to work!”

Bateman is looking forward to working with Maki and praised his coaching abilities.

“Coach Maki brings immediate credibility to our program with his experience as an NCAA D1 and D2 coach. His recruiting ties throughout the Midwest will help us to take the next steps in developing a championship team and program that we know will be representative of Cleary’s core values. We strongly believe that under Coach Maki’s leadership, we will be able to compete for Wolverine-Hoosier Athletic Conference championships, be a positively recognized program nationally, and be a leader in the Howell community. We are very excited to welcome Coach Maki to the Cleary family.”