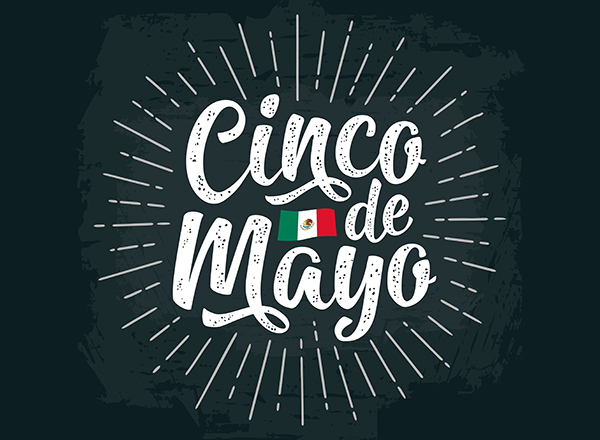 Many people in Mexico and the U.S. celebrate a holiday each May 5 called Cinco de Mayo. The Spanish phrase means “Fifth of May.”

What is Cinco de Mayo?

Cinco de Mayo is a celebration of Mexican heritage. It commemorates the date of the Mexican army’s victory over France at the Battle of Puebla in 1862. It is also known as Battle of Puebla Day.

Following the Reform War (Mexican Civil War), Mexican President Benito Juárez Garcia did not have sufficient funds to make payments on Mexican debts to foreign governments. His country was then invaded by the United Kingdom, Spain, and France, who sought repayment of the outstanding debts. The United Kingdom and Spain signed treaties with Mexico and returned home.

French Emperor Napoleon III, however, did not withdraw. He engaged Mexican troops in a battle near the city of Puebla. Napoleon’s forces were defeated and withdrew from the area. The victory did not deter the French from their invasion, but the battle was a large morale boost for Mexico, which had fewer soldiers and military resources than France.

Four days later, President Juarez said that the anniversary of the Battle of Puebla would become a national holiday. Despite this declaration, Cinco de Mayo is not an official Mexican holiday. It is celebrated more actively in some parts of the U.S. than in many parts of Mexico.

The U.S. celebration of the holiday began in California in 1863 as an expression of solidarity with Mexico against the French. By the 1930s, the holiday spread and was considered an opportunity to celebrate Mexican identity, promote cultural awareness, and build community.

Cinco de Mayo is sometimes confused with Mexican Independence Day, which is September 16. On that day in 1810, Miguel Hidalgo y Costilla, a Catholic priest, issued his “Grito de Dolores,” or Cry of Dolores, which led to an 11-year war for independence from Spain. That war ended in August of 1821, which was 41 years before the Battle of Puebla against France.

Cinco de Mayo is a colorful, inclusive festival. It started as a way to celebrate Mexican heritage, and it is now widely celebrated in the U.S. Celebrations are prevalent in cities that have significant Mexican populations and ancestry, especially in the south and southwest.

In Mexico, celebrations of Cinco de Mayo take place primarily in the state of Puebla, where the 1862 battle occurred, though other parts of the country participate in the celebration too. Mexican commemorations focus more on the military, including military parades and re-enactments of the Battle of Puebla, as well as festive activities similar to some places in the U.S.

Celebrations will probably be smaller than usual this year, but I wish a happy celebration to all who participate.

P.S. For a brief history of Hispanic heritage in the U.S., and the terms Hispanic and Latino/a, please refer to my article from last fall on Hispanic Heritage Month.