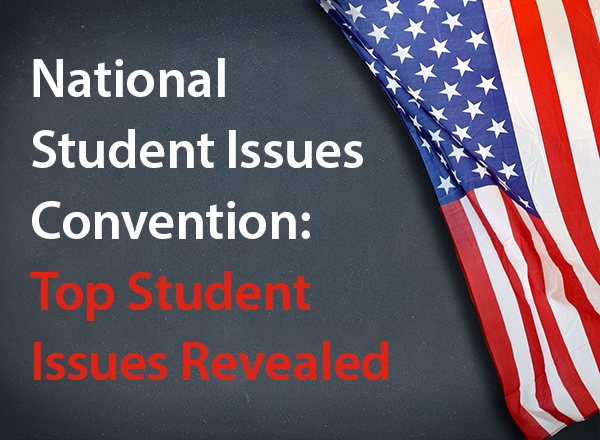 M ore than 300 college and university students from 11 states who participated in Oct. 16’s National Student Issues Virtual Conference voted “climate change and environmental justice” as the most important political issue in the upcoming Nov. 3 election. HFC served as one of the two coordinating educational institutions for the conference.

After small group Zoom discussions of more than 15 issues, 19.5 percent of the students selected the combined issue of “climate change and environmental justice” as their top concern. The second most important issue was education reform, which included a call for broadening access to high quality education and reduction of student loan debt.

Listed below are the Top 6 issues and the percentage of students who chose each as the most important issue:

The following issues were also selected as important, with each receiving less than 10 percent of the votes:

Serious evaluation by the students

“The pandemic led to the National Student Issues Convention being conducted via Zoom rather than in person," said HFC political science professor Dr. Anthony Perry. “When the convention was called to order, we began with all the students and faculty advisors linked in one live Zoom session. We broke into 15 separate small group sessions, and then regrouped in a general assembly session – all without interruption.”

According to Dick Simpson, a former Chicago alderman and a professor of political science at the University of Illinois at Chicago, students were given the opportunity to advocate for the issues they deemed the most important in the small group sessions.

“The final top issues indicated student concerns in this election and demonstrate the serious commitment of all students to critical issues facing the country,” said Simpson. “While in small groups, the students voted to nominate three issues to go before the full convention, where they evaluated all of the nominated issues and voted again to select the most important. The students seriously evaluated and discussed the issues, and the two-step voting process allowed the group to reach agreement on the top six issues.”

The student issues were then addressed directly by congresspersons U.S. Rep. Raja Krishnamoorthi of Illinois and U.S. Rep. Debbie Dingell of Michigan, both of whom promised to promote the student concerns to the U.S. Congress.