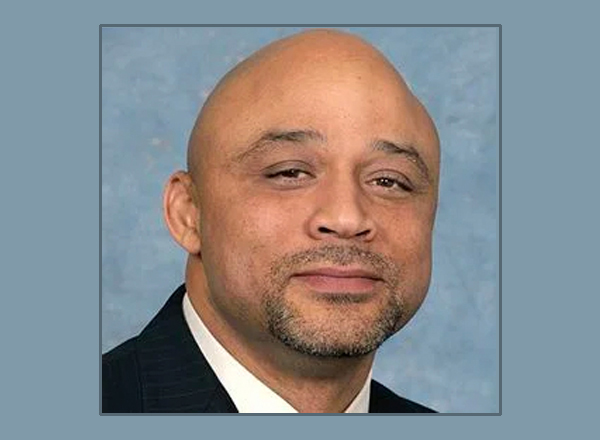 Former State Senator Morris Hood III, who attended HFC and received the 2013 Distinguished Service Award, died May 12 from complications from COVID-19. He was 54.

Hood – often called “Mo” by his friends – came from a family of Detroit politicians. His father, Morris Hood, Jr., was a state representative for Detroit until his death in 1998. His grandfather, Morris Hood, Sr., was active in politics in the 1950s and 1960s.

Hood represented the 3rd Senate District in northwest Detroit, Melvindale, and Dearborn from 2011-18 after serving in the State House of Representatives for three terms from 2003-08. As chairman of the Joint Capital Outlay Committee during his time in the House, Hood negotiated bipartisan support of more than $200 million in state building projects.

HFC Board Chair Hussein Berry was a personal friend of Senator Hood, and appreciated Hood’s commitment to the College’s well-being. “Senator Morris Hood was a humble and passionate public servant,” he said. “He was a caring person who quickly became a friend as soon as you met him. He always had Henry Ford College’s best interests at heart.”

HFC President Russ Kavalhuna also appreciated Senator Hood. President Kavalhuna noted that “Senator Hood worked to support our College and me personally. From the first time I met Morris in the state Capitol, I could see that leaders of all political stripes liked and respected him. We were fortunate to have a person of his political skill and personal warmth representing our community in Lansing. I will miss his friendship, and the College will miss his devotion to our educational mission.”

Governor Gretchen Whitmer released a public statement about Senator Hood, saying, “Morris was a dear friend. He was a proud Detroiter and continued the family commitment to the service of his community. There was not a more loyal friend, thoughtful advisor, or quicker wit. Mo was the type of guy who lit up the room and made you glad to be there. He is doing that in his next life now, and those of us left here are better having known him.”

When the Senate would have heated debates, Hood had a reputation for cooling things down, emphasizing the importance of family and relationships as the reason differences could be worked out. Recently, he worked in the administration of Wayne County Executive Warren Evans.

Evans said of Hood, “I was so saddened to hear of the passing of Morris Hood III. Morris served the State of Michigan admirably in both the House and the Senate for nearly two decades, and recently served as a valued member of my administration. He was the very definition of a public servant, one who dedicated his life to improving the lives of others and bettering his community. Our thoughts and prayers are with the Hood family at this difficult time.”

Hood began his career on the assembly line at the Dearborn Engine Plant. He served as an alternate committeeman, working to ensure that workers’ rights were protected. His desire to address larger problems in the community inspired him to run for public office.

“I am deeply saddened by his loss. He was a dedicated public servant. When he was our state senator, we would see him at all of the public events, particularly those that paid tribute to our veterans. He worked hard for the people he represented. He had an infectious smile and laugh, so it was always pleasure to work with him and be at fun events with him,” said HFC alumna and Dearborn City Councilwoman Leslie Herrick.

U.S. Representative Debbie Dingell added, “Morris was a brother to me. He loved everyone, but he loved Angela with his whole heart and soul, and now he is at home with her. When my husband (John Dingell, the longest-ever serving member of Congress in American history) died, there was no one who understood better than he, losing half of yourself, and he just was there as a rock to help get me through. He did so much good for so many, never stopped working for others and our communities will deeply miss him. I cannot express how sad I am that he passed, and I have another hole in my heart.”

Crain’s Detroit Business published an obituary of Senator Hood on May 12.