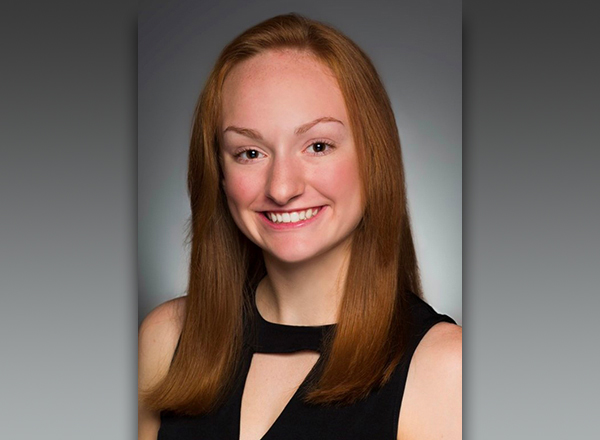 Olivia Grantham was very active in her two years at HFC. She was captain of the volleyball team, president of the Student Environmental Association, and was a member of the Henry Ford II Honors Program. In late July, she presented a research project at the U-M UROP Symposium. This fall, she will attend Albion College on a full-ride scholarship.

Grantham, a lifelong Dearborn resident, worked with Dr. Michael T. Heaney, an adjunct research professor in U-M’s Institute for Research on Women and Gender (IRWG) and a Research Fellow in the School of Social and Political Sciences at the University of Glasgow in Scotland. Heaney is a political scientist and author who studies how social networks, social movements, interest groups, and political parties shape organizational processes and policy outcomes.

Grantham’s presentation centered around how the murder of George Floyd sparked a national conversation to defund the police. On May 25, Floyd, a Black man, was killed during an arrest for allegedly using $20 in counterfeit currency. A White police officer, Derek Chauvin, knelt on Floyd’s neck for nearly eight minutes, which led to Floyd's death. His death led to nationwide demonstrations and marches protesting police violence toward African Americans.

“Dr. Heaney was already researching previous protests during Donald Trump’s presidency,” said Grantham. “Floyd was murdered the day before my program started, so we were unaware of the magnitude the incident would have. After a few days, it became clear that there had not been a series of protests like this. We were literally watching history, and that’s when we decided to change our focus.”

Grantham enjoyed working with Heaney, who has received research grants from the National Science Foundation (NSF), the National Institute for Civil Discourse (NICD), and the National Center for Institutional Diversity.

“Dr. Heaney was great to work with, especially in such a stressful time. We talked frequently, and he was always open to questions,” said Grantham. “We discussed the results of our research with the other students working with him. The whole experience was amazing, interesting, and thought-provoking.”

“I think the best part of the presentation was the fact that some of my professors from HFC were able to watch,” she said. “Since everyone was doing the Symposium virtually for the first time, there were some technical bumps, but nothing that couldn't be overcome.”

Active within the HFC community

The eldest of five children and a 2018 alumna of Dearborn High School (DHS), Grantham made a name for herself at HFC. She attended HFC on a scholarship through the Henry Ford II Honors Program, combined with a volleyball scholarship.

At HFC, she was president of the Student Environmental Association (SEA); creative editor of The Mirror News, HFC’s student-run newspaper; a member of Phi Theta Kappa and the National Society of Leadership and Success (NSLS). She was also on the volleyball for two years, serving as captain her second year.

In May, Grantham graduated from HFC, earning an associate degree in liberal arts. This fall, she will begin her studies at Albion College, where she’ll attend on a full-ride scholarship. She plans to major in journalism or screenwriting.

“HFC has definitely prepared me for my further education and career. Through my engagement, I learned how to problem solve and organize in ways I hadn't experienced. I was able to make connections which propelled me into UROP,” she said. “All of my favorite professors were in the Honors Program, including Angela Hathikhanavala and Dr. Peter Kim, who pushed me to think and look at things in different ways. I really cannot say enough about my experience at HFC. For people who are considering applying to the Honors Program, I wholeheartedly recommend it.”