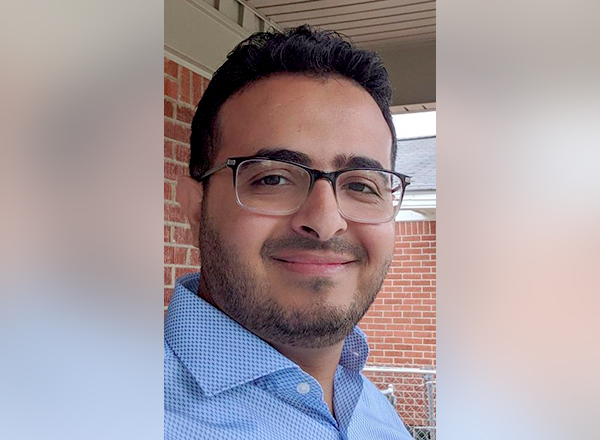 Mohamed Saleh, who has an associate degree in nursing from HFC, would like to give back to his alma mater by teaching future nurses.

Saleh hopes to return to the HFC School of Nursing to teach future nurses.

“I really liked the nursing program, and I always encourage people to go there. It has one of the Top 10 nursing programs in the nation. It’s a hard program, but it’s definitely worth it. It prepares you well for the future,” said Saleh, of Dearborn Heights.

Saleh is a registered nurse and the safety/emergency preparedness coordinator at Henry Ford Medical Center – Fairlane in Dearborn, just around the corner from the HFC main campus. HFMC-Fairlane is part of the Henry Ford Health System.

At HFMC-Fairlane, Saleh is an ER nurse. He also has the opportunity to teach employees, whether it’s new employee orientation, safety classes, and emergency preparedness scenarios. He serves as a mentor to new nurses, showing them how to navigate around the ER. Fluent in Arabic, he has served as an interpreter between doctors and patients, and has educated patients on medical procedures to help alleviate their fears.

“We are a teaching hospital. So we need to set an example in teaching as much as we can,” said Saleh. “We get students from HFC in our ER. I enjoy showing them our plans and our procedures.”

Some of Saleh’s former teachers from HFC have come to the ER as patients.

“I’ve taken care of them, which was a good experience for me,” he said.

His achievements have been chronicled in a video series highlighting outstanding HFHS employees called “My Why” (see video below).

“I was honored to be named as one of the Stars of (HFHS). They made a video to tell my story. Many people in my community saw that video,” said Saleh.

“He’s always here. He’s always making himself available. He puts everyone else ahead of himself,” said Brekke. “I’m really proud of to have him as part of our team.”

Born in Yemen, Saleh immigrated to the United States in 1992. He graduated from Edsel Ford High School in Dearborn in 2007. From there, he earned his associate degree in nursing from HFC in 2013. He is also a registered nurse, having passed the National Council Licensure Examination for Registered Nurses (NCLEX-RN). Saleh earned his bachelor’s degree in nursing from Chamberlain University in Downers Grove, IL. In March, he will begin his graduate work in nursing -- also at Chamberlain in an online program.

“The School of Nursing really prepared me for the NLCEX-RN,” recalled Saleh. “HFC does such a great job of making sure you’re ready for the nursing field.”

When he first came to HFC, Saleh was a business major. Due to the economic recession at the time, he changed majors and went into nursing.

“I’m glad I made that decision, because I love doing what I’m doing,” he said.

The beauty of many cultures

Saleh noted that he had scholarships that helped him pay his way through HFC. He also benefited from the diversity of the College.

“I liked that it was affordable,” said Saleh. “You have people from every culture, every race – there was a lot of diversity. I saw the beauty of many cultures. You see many different kinds of young people trying to get an education. I was one of them.”

Saleh looks forward to finishing his education, which will bring him one step closer to returning to his alma mater – only this time, at the front of the classroom.

“I want to give back to HFC,” he said. “I had nothing when I first came there. HFC gave me scholarships, which helped me pay for my classes. In short, it made me who I am today.”

Mohamed “Mo” Saleh's 2-minute story of why he chose nursing. “I’m meant to be here,” he says.