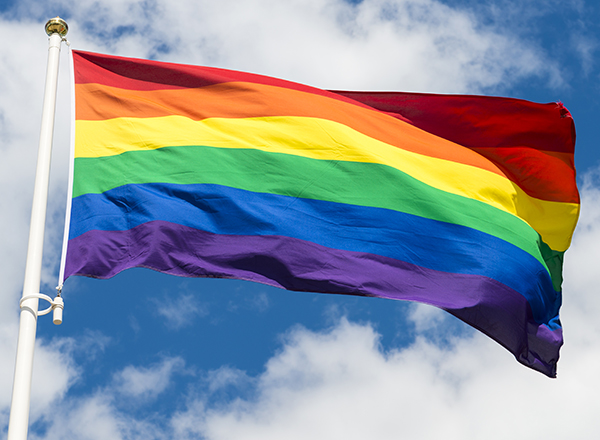 This message is part of a series that aims to raise our community’s awareness of major holidays, including cultural, historic, and religious observances throughout the year.

Our community and our country are commemorating Pride Month during June, as we do every year.

What is Pride Month?

Lesbian, Gay, Bisexual, Transgender and Queer (LGBTQ) Pride Month recognizes the impact that LGBTQ individuals have had on equality and civil rights locally, nationally, and globally. It aims to increase understanding of and reduce violence toward LGBTQ people.

The Pride Month celebration began in 1970 in Chicago on the final Sunday in June. Pride Month observations often include parades, concerts, picnics, workshops, and social events.

Memorials are held during this month for members of the community who have died from AIDS or due to hate crimes.

LGBTQ Pride Month has been officially recognized through a series of executive orders and proclamations. These may be found on the Library of Congress website.

When is Pride Month?

Pride Month takes place during June each year. This is sometimes confused with LGBT History Month. Both months recognize the LBGTQ community in different ways. Pride Month is dedicated to the observance of community visibility and the movement toward equality, while LGBT History Month is an observance of the history of the gay rights and related civil rights movements. LGBT History Month (observed in October to coincide with National Coming Out Day on Oct. 11) provides context for historic figures and their contributions to national and world history and civil rights.

Pride Month is celebrated in June to commemorate the 1969 Stonewall Riots in Manhattan, New York. The Stonewall Riots were a critical moment for LGBTQ rights in the United States.

At the time, it was illegal to conduct any public behavior that could be considered gay. This included holding hands, kissing, dancing, wearing non-gender-appropriate clothing, and even gathering in groups. Until 1966, gay bar patrons in New York could not be served alcohol. Private same-sex intimate relationships were considered criminal acts.

Police raids of clubs that served gay patrons were common at the time. In the early morning of June 28, 1969, several policemen entered the Stonewall Inn, a gay club in New York City’s Greenwich Village. They arrested the employees for selling alcohol without a license. They also harassed and beat many of the bar’s gay patrons, forced everyone to leave the bar, and took several people into custody for not wearing at least three articles of clothing considered “gender-appropriate.” It was the third raid on gay bars in Greenwich Village within a short period.

The police raid on the Stonewall Inn touched a nerve, and sparked an uprising. This led to six days of protests and violent clashes with police outside the bar and in neighboring communities.

The Stonewall Riots raised the profile of the gay rights movement in the United States and globally. This led to the formation of many other groups that supported gay civil rights and spurred legislation that decriminalized gay relationships. The Stonewall event is credited with starting a movement that led to the legalization of same-sex marriage in the United States in 2015.

To recognize the Stonewall area’s contributions to gay and human rights, in 2016, President Barack Obama designated the Stonewall Inn and surrounding areas as a national monument.

How can we support the LGBTQ community?

Henry Ford College is proudly a Welcoming College. This includes welcoming our students, faculty, and staff who identify as part of the LGBTQ community. We are also proud of being a place where everyone is safe to learn and grow in a respectful way, regardless of their sexual orientation, gender identity, or gender expression. I stand in full support of the LGBTQ community. I encourage you to find a way to honor Pride Month. If you wish to learn more about this community, attend some of our College’s programming, which takes place primarily in April each year (Campus Pride Month) and is promoted on our website and social media channels. We also provide historic information in October.

Thank you for respecting the richness and value that our diversity affords us as a College community.

To our LGBTQ+ students, staff, faculty, alumni, and visitors: We welcome you on our campuses, we value your contributions here, and we fully support you in your educational, professional, and life goals.

Want to learn more? Visit our LGBTQ-related definitions page, or our SAFE@HFC website.