Notice: This article is more than one year old and is part of the Henry Ford College news archive. Information in the article may be outdated. For the most current news and information about Henry Ford College, please visit hfcc.edu/news, or contact communications@hfcc.edu.
Release Date:
Tuesday, February 5, 2019 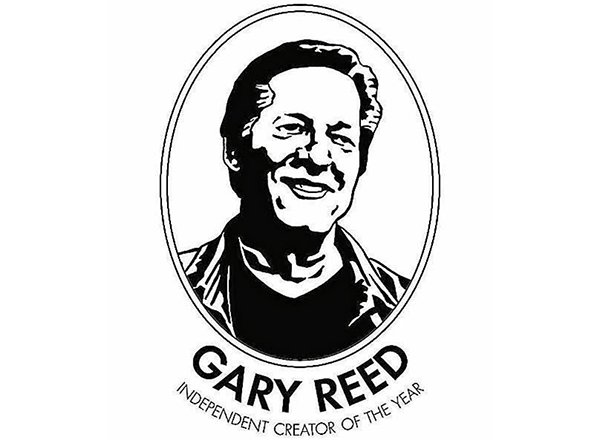 Nominations for the third annual Gary Reed Independent Creator of the Year Awards are now being accepted. The winner will be announced at the 11th annual Cherry Capital Comic Con in Traverse City, May 24-26 at the Grand Traverse Resort.

This award is the namesake of Reed, who died in 2016. A two-time Eastern Michigan University (EMU) alumnus, Reed taught biology at HFC and owned several used book stores and comic book shops in the Metro Detroit area.

A pioneer in the comic book industry, Reed is best remembered as the founder and publisher of Caliber Comics, a Michigan-based independent comic book company that released about 1,300 titles in the 1990s and gave many of the medium’s popular creators their start.

Each year, four finalists are nominated for the Independent Creator award. Nomination submissions are due by Monday, April 1. The Finalist Selection Committee will then review the submissions and announce the four finalists in early May. The recipient will be announced Saturday, May 25, at Cherry Capital Comic Con.

“The Gary Reed Award is more than just an acknowledgement of excellence in independent comics; it is a testament to its namesake,” said writer Rafael Nieves. “Gary Reed was the quintessential indie creator, a writer, publisher, and the guiding force behind many of today’s premier comic book talent when they were just starting their careers. Caliber put out titles as plentiful as major American publishers and as varied as European ones. Westerns, histories, science-fiction, horror – you name it, Caliber published it. And Gary wrote a number of these titles, at times under one of his two or three pen names.”

A haven for young talent

Caliber published The Crow, written and illustrated by Detroit native James O’Barr, which sold more than 750,000 copies worldwide. It subsequently became a media franchise, including the 1994 film adaptation of the same name starring the late Brandon Lee, the son of martial arts legend Bruce Lee, who died during filming.

Another notable creator who got his start at Caliber was Brian Michael Bendis, who created Marvel’s Jessica Jones, a hard-boiled PI with superpowers, which inspired the Netflix series of the same name with Krysten Ritter as the title character, on which he was a creative consultant. He also co-created Miles Morales, another version of Spider Man, who appeared in the recent animated blockbuster Spider Man: Into the Spider Verse, on which he also consulted (Miles’ monthly comic book series is currently being written by HFC alumnus Saladin Ahmed).

“Caliber was a haven for young talent and not-so-young talent – like me – who just wanted to make good comics without feeling the weighty yoke of what was considered ‘popular’ and ‘mainstream,’” said Nieves. “Gary should be remembered by the world at large as a great publisher, a talented writer, and a good man. His name should be held in the same regard as the other more famous publishers in the comics world. His was a truly independent spirit, and this award reflects that. Anyone fortunate enough to receive one should display it proudly, in a place of honor.”

A prolific writer, Reed penned more than 200 comics and graphic novels either under his own name or pseudonyms such as Kyle Garrett, Brent Truax, and Randall Thayer. His notable works include the graphic novels Baker Street, his spin on Sherlock Holmes, which was nominated for two Harvey Awards; Deadworld, a zombie apocalypse story that pre-dates The Walking Dead, and was optioned by Oscar winner George Clooney at one point; and Renfield: A Tale of Madness, which is Bram Stoker’s Dracula told from the perspective of the character R.M. Renfield. He also adapted Dracula into a graphic novel.

Caliber ceased publication in 2000 as Reed focused more on teaching biology at HFC and freelance writing. However, Caliber’s top titles were published through other publishers, most notably Baker Street through Simon & Schuster.

HFC alumnus Dan Merritt, co-owner of Green Brain in Dearborn, called Reed a “modern renaissance man.” Green Brain was previously called Comics Plus, which was owned by Reed. It opened in 1985.

“Gary Reed’s legacy is as one of the preeminent players in the comic book market,” said Merritt. “Publisher, writer, and retailer, were all important roles for this modern renaissance man. These were roles he performed simultaneously for several years. In doing so, Gary changed the trajectory of comics, and changed the lives of countless comics professionals.”

He continued: “And he radically altered the lives of my wife Katie and I, when Gary came to us with an offer to sell his last remaining comic store. That was nearly 20 years ago. And we proudly display a picture of Gary, and his wife Jennifer, taken at the ribbon cutting for the original store in 1985. We at Green Brain strive to keep Gary Reed’s legacy alive, by offering the kind of diversity in comics that he himself worked so hard to create.”

To nominate a creator for the Gary Reed Independent Creator of the Year Awards, go to http://cherrycapitalcon.com/schedule/gary-reed-independent-creator-of-th....