Manciel is Player of the Year; teammates earn statewide honors; Shepard is Coach of the Year 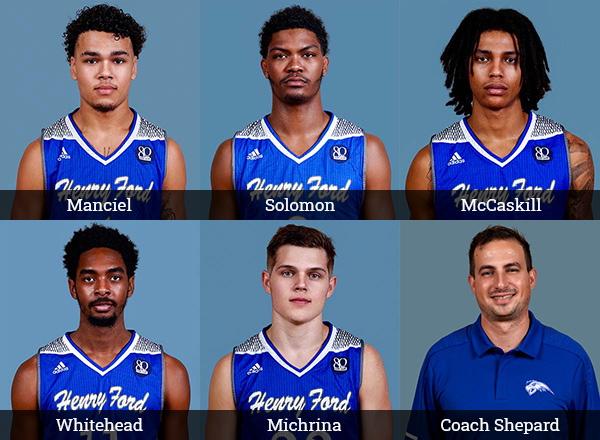 Congratulations to this year’s Hawks! All players on the team deserve our support and gratitude for representing HFC well on the court and in the classroom. We are proud of you!

Carrington McCaskill won the MCCAA District B Tournament MVP honors after HFC defeated Macomb CC in the final and made its way to the NJCAA tournament in Danville, IL.

Chris Shepard was named District B Coach of the Year. The District B championship victory marks 100 wins for Chris Shephard as head coach - a major milestone. Congratulations, Coach Shepard!