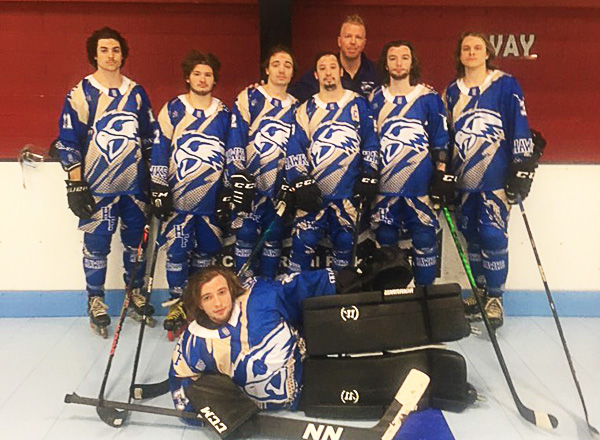 The Hawks will play West Valley in a best 3 out of 5 contest on the following dates:

“The National Championship tournament is held in a different location every year. This is the first time it has been held in the state of Michigan,” said HFC Roller Hockey coach Rick Fenwick, who has also served as a psychology instructor at the College.

Because there are no community colleges that play in the Midwest Collegiate Roller Hockey League, the HFC Roller Hockey Club has played teams in Divisions I through IV throughout the season. Based on its stats, the team was invited to compete in the Junior League Division, stated Fenwick.

“This year, our team consists of all freshmen other than the captain, Chris Greco, who is the only returning player,” said Fenwick. “They’re a young, ambitious group and they’ve worked extremely hard, especially with the COVID-19 protocols in place to get where they are. This is the best team I’ve had in five years. It’s certainly a strong team that will impress a lot of people in Kalamazoo at the National Championship tournament.”