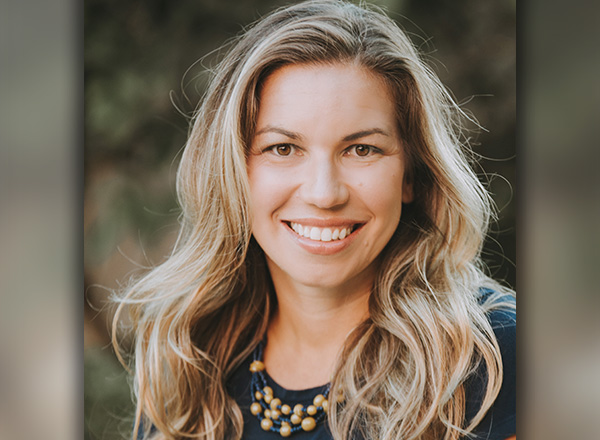 “I was ecstatic to hear this,” said Watts. “I’m excited to see this committee address the needs of early childhood deserts [areas where the number of children outnumber the childcare slots 3-1] in Michigan, which have a negative effect on the local workforce. To increase the workforce, we need to address the barriers that prevent early childhood educators from getting into the classroom, such as offering them a livable wage. I’m looking forward to being part of the solution to help grow Michigan’s economy by addressing the needs of our early childhood institutions.”

Watts is one of two people Whitmer appointed. She replaces Hiram Fitzgerald, whose term ended in July. Watts’ term will conclude July 22, 2026.

“Trustee Watts is a great choice to serve on this committee,” said HFC President Russ Kavalhuna. “I have been impressed by her advocacy and knowledge of causes that are important to her. Her combination of professional experience and passion for the work of the Early Childhood Investment Corporation will make a difference in expanding access to early childhood education. This will also improve the foundation for lifelong learning for Michigan citizens.”

The Early Childhood Investment Corporation (ECIC) was created to be the state's focal point for information and investment in early childhood education, so that children can arrive at kindergarten safe, healthy, and eager for learning and life. The ECIC was founded in 2005 and charged with implementing a Great Start system for Michigan at the state and community level.

“The [ECIC’s] mission is to increase public and private investment in the earliest years, to elevate issues affecting young children and their families, and to improve Michigan’s comprehensive early childhood system," said Watts. "This will ensure that every child has the opportunity to succeed in school and in life. It’s an extension of my passion for early childhood. It speaks to what others are now understanding: A high quality early childhood education is the foundation for our children’s future.”

“I’ve always loved being around children”

Born in Detroit, Watts, the second of four children, grew up in Dearborn Heights. She lives in Dearborn with her husband Kevin, an attorney. They have been married 16 years and have two children.

An alumna of Divine Child High School, Watts earned her bachelor’s degree in history from the University of Michigan in Ann Arbor. She plans to return to U-M in the next year and begin work on her MBA.

For more than 20 years, Watts was a pre-school teacher at Play & Learn Children’s Place, a daycare and preschool center in Saline. She later became the assistant director.

“I’ve always loved being around children. In that age group, I love their imagination, their curiosity, and their pure joy,” said Watts. “Because I grew up in a large family, it seemed like a natural passion for me. I come from a family of teachers and social workers. Advocacy was always embedded in us as well.”

An advocate for the voiceless

In 2019, Watts became the advocate for her uncle, who was diagnosed with cancer. She fought for him to get the best medical treatment possible. Today, her uncle is doing much better.

“This whole experience changed the way I saw advocacy, especially for the voiceless. It was very transformative. It solidified what I needed to do next in my life,” she said.

For more than a year, Watts has been the development director for the Arc of Northwest Wayne County in Canton. The Arc NW is a non-profit organization dedicated to improving the quality of life for people with intellectual and developmental disabilities by building inclusive communities through advocacy, support, and information.

“This is very powerful, inspiring work,” she said.

After the recession of 2008, Watts and her husband wanted to assist the community. They have held an annual fundraiser at their house featuring Michigan-made products. The proceeds go to CATCH Charity in Detroit, a non-profit organization founded by the late Sparky Anderson, legendary manager of the Detroit Tigers.

“After my experience with my uncle, I wanted to bring to the table a voice for those who do not have someone to speak on their behalf,” said Watts. “I am able to represent a variety of constituents at the P-12 level and at the College level. We are unique in the state because we are the only P-14 district.”

“I’m able to combine my passions of childhood education and advocacy in both of these positions,” said Watts. “I’m thankful others can see the need to have early child education accessible to all families, especially to women who are returning to the workforce. As a mother, you always worry about your child. Knowing that they are being cared for while you are at school or at work, is invaluable.”