Journalist and HFC award recipient runs for Mayor of Dearborn 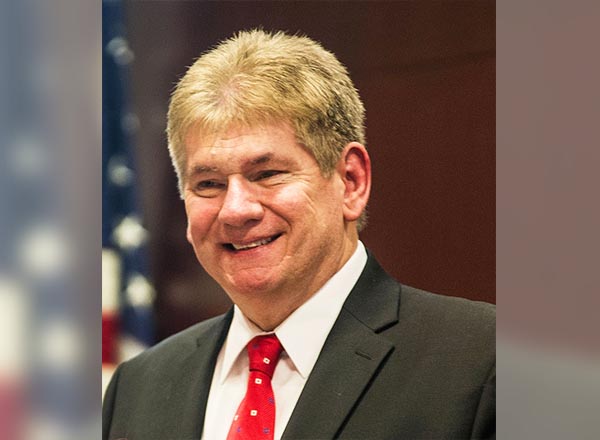 Note: Henry Ford College does not endorse candidates for political office. This article is for informational purposes and should not be construed as an endorsement.

A 2004 recipient of the College’s Distinguished Service Award, HFC alumnus Gary Woronchak has a very personal and emotional investment in the success of the City of Dearborn.

“Dearborn was a special place with good services, reasonable taxes, parks, parades, a pool within walking distance, a Youth Center, and Camp Dearborn,” said Woronchak, a lifelong Dearborn resident, who’s been married to his wife, Vivian, for almost 40 years. “We’ve lost some of that, which happens as years pass. But to me, it’s still the same city I’ve loved since I was 4. I can’t imagine living anywhere else.”

Four generations of Woronchaks have lived in Dearborn. Gary's daughter, Diana, lives in Dearborn with her husband and two daughters.

Woronchak, who has served in the Michigan House of Representatives, the Wayne County Board of Commissioners, and the editor of the Dearborn Press & Guide, is running for Mayor of Dearborn. He is one of seven candidates vying for Dearborn’s top spot, which is currently occupied by Mayor Jack B. O’Reilly, Jr., who is not seeking reelection. The primary election is Tuesday, Aug. 3. The general election is Tuesday, Nov. 2.

“Having been editor of the Press & Guide, Dearborn’s state representative, and chairman of the Wayne County Commission, I’ve spent most of my life in positions of leadership and responsibility in Dearborn,” said Woronchak. “I have a strong and natural desire to serve Dearborn. A lot of people have been encouraging me to run. A major factor in deciding to run was having the support and encouragement of my wife.”

He continued: “I believe experience and leadership matter. Experience isn’t just longevity – it’s performance. And experience is a two-way street. Residents of Dearborn know whether they think I’ve done a good job in the past or not.”

Woronchak's top priority is keeping Dearborn a great place to live. While he realizes that a broad statement, it touches all the important points, including public safety, business districts, neighborhoods, and parks and pools.

If he were to be elected, Woronchak’s immediate goal is performing a thorough review of all city operations, including comparisons to similar communities. He would want to consider how Dearborn’s leaders could best do their work efficiently, effectively, and economically.

“I won’t let those things that are most special about Dearborn continue to fade away,” he said.

HFC gave him a pathway

An alumnus of Edsel Ford High School, Woronchak attended HFC (then Henry Ford Community College). He was the first in his family to attend college. He chose HFC because he was unsure of what career path to take. He knew he could get a quality education at the College while he figured things out.

“It was affordable, too. That is another of those amenities that make Dearborn special,” he said. “I enjoyed meeting new people, playing cards in the student center to pass time between classes, hanging out in the newspaper offices, and playing pinball in the game room.”

While attending HFC, Woronchak worked part-time at the Press & Guide (then the Dearborn Guide). He transferred to the University of Michigan-Dearborn, where he earned his bachelor’s degree in political science.

“The College gave me a solid foundation and credits that seamlessly transferred to the University,” said Woronchak. “With the proximity of the campuses, it’s almost as if there was a direct path to UM-D from HFC.”

Journalism was a natural fit

Woronchak spent nearly 25 years in journalism and has been in politics for 23 years. He spent the majority of his journalism career at the Press & Guide, where he was editor from 1980-96. Under his editorial leadership, the Press & Guide earned the General Excellence Award twice from the Michigan Press Association, making it the state of Michigan’s best weekly newspaper in its circulation class. From 1996-98, Woronchak was the managing editor of The Daily Tribune in Royal Oak. That year and a half was the only time he ever worked outside of Dearborn.

“Journalism came naturally to me. It was what I did as opposed to something to which I aspired. I had a knack for writing, but also liked to learn things and tell people about them. A journalist is, among other things, a storyteller and a teacher. In those days, too, I took photos and developed them myself, which is how I got my foot in the door at the Dearborn Guide while still in high school. I was involved with student newspapers in junior high and at EFHS, taking photos and writing. So, really, it was just a natural fit for me,” explained Woronchak.

He left the field of journalism in 1998 upon being elected as Dearborn’s State Representative. Woronchak was reelected in 2000 and again in 2002.

“I was recruited to run for State Representative because term limits were just kicking in and the state needed to develop a new generation of candidates. It was an opportunity to serve Dearborn in a different way. The skills I had developed as a journalist, such as digging into issues and communicating with people, transferred well into public service,” said Woronchak.

Serving Dearborn in a political capacity

In 2018, Woronchak opted not to seek re-election to the Commission and instead ran for State Senate in a district that includes Dearborn and a large portion of Detroit. He did not win, and turned his attention back to his native city, leading to his current run for mayor.

Woronchak talked about the most challenging aspects of being a politician.

“Making decisions on issues that divide the community, knowing that some will be unhappy with whatever decision you make,” he said. “That’s when you really have to focus on both sides of an issue and make a decision based on facts and your best judgment.”

He also talked about the best aspects of being a politician.

“Helping people,” said Woronchak. “Solving their problems, addressing their concerns, cutting through the clutter of government when they need something and can’t get through to an office or aren’t getting the attention they need.”