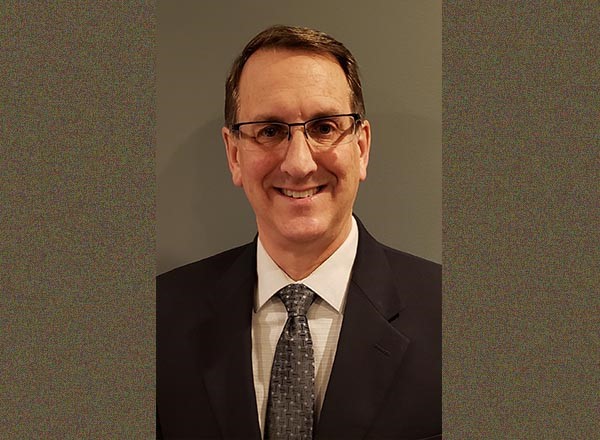 “I’m very excited about starting this new position at the College,” said Tade. “The one unusual aspect is coming onboard and learning the landscape of the job during a pandemic. My opportunity to interact with people will be online only, which will be a new challenge. I’m used to working at the ground level, getting to know people as well as the work environment. But I'm ready. I’m enthused about joining the Henry Ford College community, about the job, and getting to know the people and the inner workings of the College.”

A native of San Diego and veteran of the U.S. Navy, Tade has lived in Detroit since mid-2019 with Cathy, his wife of 29 years, who is an ESL teacher at the Oakland International Academy in Hamtramck. Together, they have two adult children: Lily and John.

Tade attended the University of California-Berkeley, graduating in 1987 with his bachelor’s degree in legal studies and political science. He attended Berkeley on a Navy ROTC scholarship, earning his commission as a Naval officer upon graduation. In 1996, he earned his juris doctor from the University of California-Davis King Hall School of Law. Tade is licensed to practice law through the California State Bar Association. He holds a Senior Professional in Human Resources (SPHR) certification, and is a DDI Certified Facilitator.

Tade served as a nuclear submarine officer in the Navy for nearly 25 years (9½ years on active duty, 15 years in the reserves). After completing the Navy’s Nuclear Power School, Prototype Reactor Plant Operations Training, and Submarine Basic Officer School, he was assigned to the ballistic missile submarine U.S.S. Von Steuben, where he served in multiple capacities. Later, he accepted a three-year recall to active duty from the reserves to serve as an Emergency Preparedness Officer stationed in New Orleans, where he coordinated emergency response preparations, primarily focused on hurricane preparedness. Tade retired from the Navy as a Commander in June 2012.

“I grew up in San Diego, right near a Naval station. The Navy was always prevalent in my life and the area,” recalled Tade. “I entered the Navy because I wanted to serve my country, and I saw it as an important job to do. It was also very exciting.”

In 2001, Tade became Staff Supervisor, Labor Relations for the United States Steel Corporation (USS) at its plant in Clairton, PA. Over the course of the next 19 years, Tade held many leadership positions at USS at several locations all over the nation, overseeing medical services, security and fire protection, workforce development training, ethics and compliance, labor relations, and human resources. Significant accomplishments include cost reductions and negotiating several innovative and significant local agreements that promoted increased efficiency, cost effectiveness, and enhanced workforce flexibility.

His most recent position at USS was Director, Employee Relations at its Great Lakes Works plant in Ecorse, which prompted his move to Michigan. When USS idled the majority of its Great Lakes Works operations in the last year, Tade’s position was eliminated. Tade and his wife wanted to remain in the Metro Detroit area, so he accepted early retirement in late 2020 before being hired at HFC.

Vice President Gonko is looking forward to having Tade join the team. “It is always exciting to welcome new colleagues, as it provides us with an opportunity to infuse our work with new ideas," she said. "Mark’s rich background in labor relations will be a tremendous asset to the College, and I look forward to seeing him revitalize this area of our HR department.”

Tade is enthusiastic about working in higher education, which is not exactly a new frontier for him. As a member of the Leadership Council of Southwestern Illinois, Tade served on a search committee that eventually hired the chancellor of Southern Illinois University Edwardsville (SIUE).

“This position with HFC is right in line with my experience and skills in labor and employee relations,” he said. “It’s also an area I’m interested in. Though I haven’t worked directly in higher education, I have worked alongside it for many years – both through my professional connections and through my wife, who is an educator. This role is very well aligned with my skills and knowledge and interest. I am a firm believer in the value and importance of higher education – to the students whose lives it can transform, and to the larger community, which is enriched by having a skilled, educated population.”