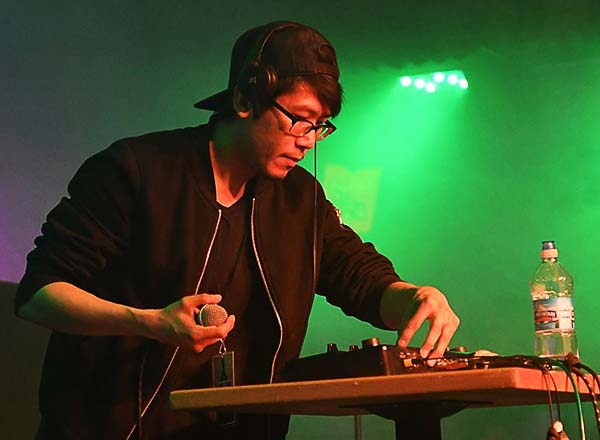 A one-man band, SungBeats is an award-winning beatboxer and live loop extraordinaire from New York City who has been honing his craft for nearly 14 years. He will bring his unique sound to HFC on Wednesday, Sept. 22, at 3:00 p.m. at a virtual concert.

Equipped with a microphone and a loop pedal, SungBeats uses his mouth to create engaging, high energy music through a simple process of layering vocal percussion and sound effects, live in real-time, without the use of any pre-recorded samples, backing tracks, or instruments. From hip hop to electronic dance music to Billboard charting singles, SungBeats does it all – with his mouth and a loop station.

Amateur Night at the Apollo winner

At age 23, he quit his job and pursued his music career, starting out as a street performer in New York City where he spent thousands of hours honing his vocal talents. By fully immersing himself in his passion, he was able to hone his abilities not only as a beatboxer but as a well-rounded entertainer.

SungBeats was the grand prize winner of the 80th season of Amateur Night at the Apollo at the historic Apollo Theater in 2014. He was also the first-place winner of Kollaboration STAR 2014, the nation’s premiere Asian-American talent competition. He has competed in beatbox competitions at the highest levels both nationally and internationally, representing the United States at the 2015 Grand Beatbox Battle in Switzerland. Here is a brief documentary about SungBeats.

Passcode to attend the concert

The concert is free.