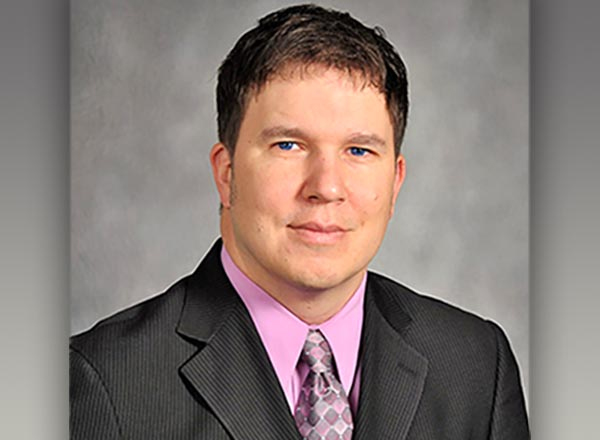 HFC is proud to confer upon two-time alumnus Robert L. Pastor II – the CEO of Rainy Lake Medical Center (RLMC) in International Falls, MN – the 2021 Distinguished Alumni Award at this year’s HFC Commencement ceremony, which will be held virtually on Saturday, May 22.

The award will be presented by Shai James-Boyd, HFC Assistant Director of Advancement and Alumni Relations. Pastor recently recorded a video, addressing the class of 2021. The video will debut during the May 22 ceremony.

“HFC was the core for all of my success,” said Pastor, who lives in Minnesota with his wife and two children. “I would like to thank all the great instructors and staff at HFC who helped me embark on such a fulfilling personal and professional journey – one that has brought me back full circle today.”

“I am pleased to present the 2021 Distinguished Alumni Award to Mr. Robert L. Pastor II,” said James-Boyd. “HFC is fortunate to have thousands of alumni who make notable contributions to their professions and their communities. Each year at Commencement, we recognize one of our outstanding alumni for particularly notable achievements and lasting contributions that impact the College and – most importantly – our students.”

Graduating with honors from HFC twice

Initially, Pastor was thinking about attending medical school. He thought a nursing degree would give him a taste of the healthcare field to ensure it was a good fit for him. He learned soon thereafter that he did belong in the medical field – but as a nurse, not as a doctor.

“Nursing is a very progressive field. It can offer you a lot more opportunities than medicine typically does,” said Pastor. “I come from a blue-collar family. My grandfather was a very blue-collar man who encouraged me to go into nursing because of its many opportunities and the fact that nurses will always be needed. You’ll always be able to get a job as a nurse, he told me.”

Pastor began his nursing career at Oakwood Health System (now Beaumont Health). He was soon promoted to a supervisor position. Pastor continued to advance in the organization, eventually becoming the Assistant Director of Nursing.

“Leadership ended up being my true calling,” said Pastor. “I decided to get a bachelor’s degree in business administration because I needed to know more about the management and leadership side of the field.”

After six years with Oakwood, Pastor moved on to leadership roles with increasing responsibilities in Texas, Mississippi, Minnesota, and Wisconsin before accepting his current role in 2018.

“When I walked out the door of (HFC) in 1996 with a two-year RN degree in my hands, little did I know that 25 years later, I would be working as a CEO of an entire hospital in the midst of a major global health crisis,” said Pastor. “Back then, I was eager to go out into the world with the security that an education of excellence provides with a temperament that can only be built upon the values that represent this school. And with the humble yet inspiring hunger to change the world that we all have we are young.”

According to Pastor, education allows people to be more flexible and adapt more easily, especially since the world has grown more complex in the 25 years since he graduated. Tenacity and resilience, he said, are the two traits the class of 2021 must embody to meet the demands of a new global scenario.

His message to students: “You are all future leaders with endless possibilities and opportunities ahead. You can’t fail to grab them, and we simply can’t afford not to have you in the lead. The future will be exciting. I wish you all the best of luck, and I’m confident that each and every one of you will represent HFC at the top of your capacities.”