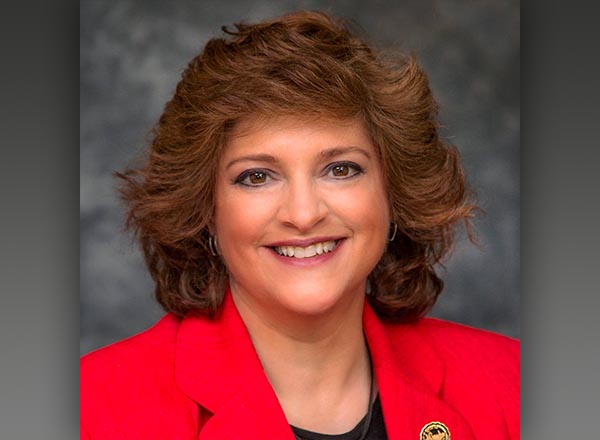 HFC alumna and Dearborn City Councilwoman Leslie Herrick is one of 14 elected officials in the state of Michigan to have graduated from the Michigan Municipal League Elected Officials Academy. Her accomplishment was recently chronicled in the Dearborn Press & Guide.

“I’m proud that I had the opportunity to participate in this program, which will allow me to better serve the residents of Dearborn,” said Herrick.

Founded in 1997, the EOA is a voluntary education program designed by elected officials working with the MML. Participants can earn credits by taking MML courses, attending conferences, serving on, advocating certain issues, and more.

The EOA is taught in four tiers with a graduation between each level:

Herrick finished the first level of the EOA, earning the Education Award, which means she completed at least 25 credits. She plans to complete the next three levels of the EOA.

“The (EOA) is an outstanding program that helps local officials improve their understanding of municipal governance and so that they can better serve their constituents and their communities. We are thankful to have so many dedicated public servants who have completed the program this year,” said Westland Mayor William Wild, the president of the MML Board of Trustees.

“I appreciate the opportunity to attend a variety of courses through the Honors Program at the College, which challenged me to study material at a deeper level and consider how I can apply what I’ve learned to improve the world around me,” said Herrick. “HFC prepared me to pursue higher education, then go on to leadership roles in my work and in the community.”

After graduating from Wayne State, Herrick completed some graduate coursework in advertising at Michigan State University and marketing and event promotion at the University of California, Berkeley. She earned her Accreditation in Public Relations (APR) credential through the Public Relations Society of America (PRSA).

Herrick has been in the public relations field for more than 25 years. Some notable positions include what is now DFCU Financial in Dearborn, the Dearborn Public Schools, the City of Dearborn, and the Dearborn Community Fund.

In addition to her duties on the Dearborn City Council – to which she was elected in 2017 – Herrick is a public relations consultant. She is up for reelection this year. Her goal is to make Dearborn an even better home for residents as it evolves to become the region's "Destination City" for new businesses, new residents, and visitors.

“Although I’ve efficiently managed budgets in my professional work, as well as when organizing various community events, the courses I completed through the EOA have given me a deeper understanding of the financial tools available to cities,” said Herrick. “Involvement in MML programs and serving on committees with the Southeast Michigan Council of Governments (SEMCOG) exposes me to leaders and best practices in communities across the state, enabling me to better serve Dearborn residents.”