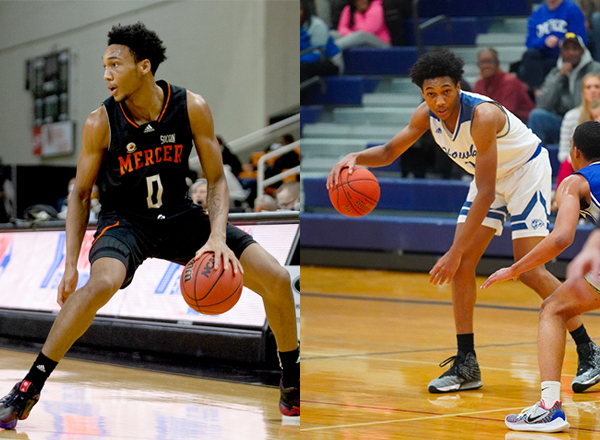 Leon Ayers (left) playing for the Division I Mercer Bears (photo courtesy Bears Athletics). (Right) Ayers when he was with the HFC Hawks.

HFC alumnus Leon Ayers, who played basketball for the Hawks, appeared with his team ESPN on March 8 for a berth in March Madness.

Ayers – a Troy native who was named a National Junior College Athletic Association (NJCAA) All-American during his HFC days – has averaged 15 points/game for the Bears for the Southern Conference Tournament.

Ayers was one of only five players named to the All-Southern Conference Tournament First Team.