Governor Whitmer appoints HFC alumna to Board of Professional Engineers 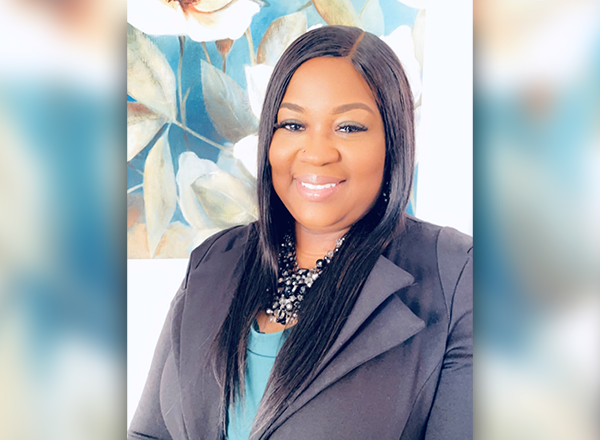 “I was out of town when I received a call from the governor’s office that I was selected for the appointed position. I was in shock and happy at the same time,” said McKinney, who lives in Livonia with her husband and three children.

Good programs within a diverse environment

Born in Detroit, McKinney attended Cody High School for two years before transferring to Crockett Technical High School, where she graduated in 1997 and earned a medical assisting certificate.

In the mid-2000s, McKinney enrolled at HFC. She was involved in the Full Circle Dance Company and appeared in a stage production of The Wiz – the musical retelling of L. Frank Baum’s The Wonderful Wizard of Oz – in 2006.

“That was one of the greatest accomplishments in my life,” she said. “I will never forget that moment.”

In 2011, McKinney graduated from HFC, earning her associate degree in general studies.

“I decided to attend HFC because it is a great school that offers good program choices within a diverse environment,” she said. “When I attended HFC, I was highly motivated to continue my education, even though I had started a family, I worked a full-time job, I was a full-time mom and wife. I attended class online part-time.”

Aspiring to a career in social work

McKinney briefly attended Davenport University to pursue a business degree. However, she changed directions and wants to pursue a career in social work. This fall, she will attend Eastern Michigan University.

“I decided to pursue a bachelor’s degree in social work because I love to help people,” she said. “In 2018, I became a foster mother to my youngest child who is 10 years old. I eventually adopted her in early 2020.”

For nearly eight years, McKinney has been a production operator at Stellantis in Trenton. In 2019, she founded Zestive Enterprises Non-Profit Organization (ZENO) in Livonia, which assists the homeless and aged-out/runaway children by providing food, clothing, school supplies, personal hygiene items, mentoring, and support.

“We are in the process of opening a shelter for battered women and children,” said McKinney. “I was inspired by my daughter’s situation from when she came to me in 2018.”