Get to Know HFC: “Jeremy, why does my printer hate me?” 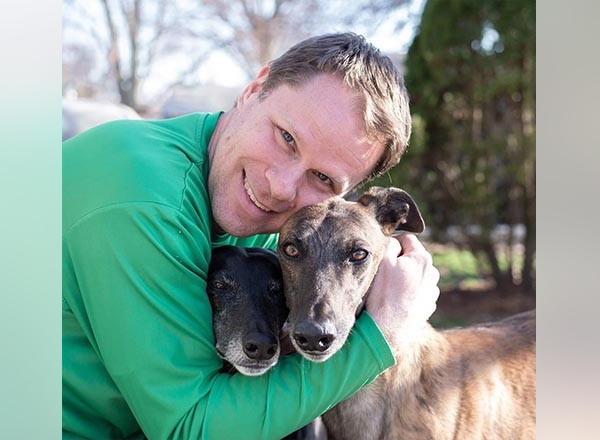 This story is one in a series about HFC employees. If you would like to nominate yourself or a colleague to be featured in this series, email communications@hfcc.edu with the person's name and a short statement about why you are nominating them.

If you have ever struggled with technology, Jeremy Tabor understands your pain. As it turns out, he once hated computers. And he did all he could to avoid them.

“When I first started taking classes at HFC (HFCC at the time), I avoided the computer classes because I hated computers and thought those classes would be too hard. I eventually had to take an Introduction to Computers class and ended up liking it. From there, I took a few more and thought, ‘Okay, I can do this.’ And the rest is history,” recalled Tabor, a computer tech associate at HFC who lives in Garden City with his wife, Sanja, and their two dogs, Roger and Gus.

An 1994 alumnus of Crestwood High School in Dearborn Heights, Tabor, the eldest of three, attended HFC because it was affordable. He graduated 1996, earning his associate degree in liberal arts. He transferred to what is now Davenport University, where he earned his bachelor’s degree in business administration and computer networking in 2001.

“HFC gave me a good education that I could take further once I decided on a major,” said Tabor.

Choosing between HFC and MDOC

Tabor has worked for HFC for 21 years. In his position, he reports to HFC Director, Network and IT Infrastructure/Information Technology Services (ITS) Joe Zitnik.

“Jeremy is dedicated to excellent customer service. I routinely receive e-mails from colleagues commending Jeremy on his thoroughness and patience in helping them work through technical issues. Those traits, along with his commitment to HFC and his joyful attitude, make him an asset to the ITS team and Henry Ford College,” said Zitnik.

Prior to returning to HFC, Tabor worked as a co-op for the Michigan Department of Corrections in Lansing. MDOC and HFC offered him full-time positions at the same time. The decision was no contest. Tabor returned to his alma mater.

“I decided to go with HFC because it was closer to home and seemed like a better environment to work in. I was right!” he said. “The best thing about working here is obviously the free food in all of the meetings they have in all of the conference rooms in our building!” Tabor joked. “It would be all the people that work here. I like helping them with their computer problems and interacting with them. I’m hoping the campus gets back to mostly normal in the fall. There are a lot of people I haven’t seen around here in a while!”

Jeremy was huge hit at the January 2021 State of the College meeting, during which he riffed on how he loves his job and the questions he gets, such as, "Jeremy, why does my printer hate me?" and "Help! My email's not working!" Jeremy might be the only alumnus whose dog could pull off such a great, deadpan imitation of a hawk. If you need help from Jeremy or just want to drop him a line, email jtabor@hfcc.edu.