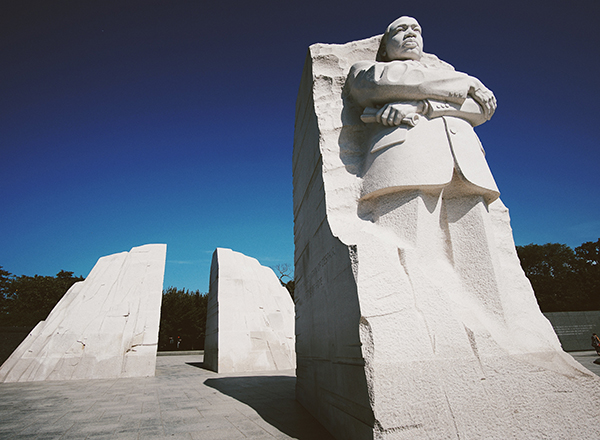 Every year on the third Monday in January, our nation commemorates Dr. Martin Luther King, Jr. Day. This year, the holiday is January 18. Most schools and government offices are closed on this day.

What is the holiday?

Dr. Martin Luther King, Jr. was a Baptist minister and American civil rights leader who became internationally known for his personal activism, his message and oratory skills, and his revolutionary leadership for justice in the 1950s and 1960s.

The decade of the 1960s was one of great change, and included unprecedented efforts legally, politically, and socially to extend civil rights to all U.S. citizens. Dr. Martin Luther King, Jr. was among those at the center of this growing movement toward change. He played a critical role in ending the segregation of Black citizens in the U.S. He influenced the creation of the Civil Rights Act of 1964 and the Voting Rights Act of 1965. He was awarded the Nobel Peace Prize in 1964.

Dr. King preached peaceful but unrelenting action to create a free, just society. Millions of people worldwide have been inspired by Dr. King during his lifetime and in the decades since. There are many famous quotes, speeches, marches, and actions associated with Dr. King and the movement he created. Among them, from his famous “I Have a Dream” speech was, “I have a dream that my four little children will one day live in a nation where they will not be judged by the color of their skin, but by the content of their character.” Dr. King is quoted extensively in speeches on this holiday and throughout the year because of the resonance and eloquence of his messages. I encourage you to spend time studying and reflecting on Dr. King’s life and work. Listen to him in his own words.

There is still much work to be done in achieving true equality for all. The annual Dr. Martin Luther King, Jr. holiday is a celebration of Dr. King’s legacy and a commemoration of the Civil Rights Movement. It is also a day of community service and action to continue the important work toward a truly just and equitable society.

Brief history of the holiday

Dr. Martin Luther King, Jr. was assassinated in Memphis, Tennessee on April 4, 1968. He was just 39 years old. Shortly thereafter, national leaders and activists began work toward commemorating his birthday, January 15, as a national holiday. This work took 15 years. Dr. King’s wife, Coretta Scott King, deserves much credit for her tireless efforts toward creating this holiday, despite considerable opposition from legislators and others. She received notable support from U.S. Representatives John Conyers and Shirley Chisholm, and well-known singer Stevie Wonder.

Dr. Martin Luther King, Jr. Day is the only federal holiday that honors a private American citizen. We are fortunate to have a direct connection to Dr. King’s life right here in Dearborn. It started with a famous moment in American history -- the moment when an unassuming seamstress stepped onto a city bus in Montgomery, Alabama, after a long day of work. And the courageous stand of that seamstress -- Rosa Parks -- changed the nation. Dr. King was inspired by the actions of Rosa Parks. You can read about her story here. The very bus on which she made her famous stand for justice is permanently on exhibit at The Henry Ford Museum, about four miles from our campus.

In 1996, Congress authorized Dr. Martin Luther King, Jr.’s fraternity, Alpha Phi Alpha, to establish a memorial to him in Washington, DC. The public memorial, including a large stone monument of Dr. King, other installations, and many quotes from his life, was created on the National Mall.

There are many events across the U.S. on this day in a normal year. Some include gatherings to read inspirational writings, watch inspirational videos and speeches, and sing songs, including Lift Up Your Voice and Sing, which is sometimes called the Black National Anthem. The song was originally an inspirational poem by James Weldon Johnson. I encourage you to read the lyrics and listen to the song.

It is often considered a day of reflection not only with Dr. King’s work and messages, but also reckoning with the terrible legacy of slavery and the racism, discrimination, violence, and other effects that remain with us to this day.

Dr. King was a proud member of the Alpha Phi Alpha fraternity, which has a strong focus on community service and charitable activities. On this holiday each year, Alpha Phi Alpha members often lead freedom marches, reflections, prayers, songs, and other public activities to recognize and honor their great civil rights leader and fraternity brother.

Many events on Dr. Martin Luther King, Jr. Day are focused on community service and community connections, which can help break down the structural barriers to equity. Henry Ford College and the University of Michigan-Dearborn hold an annual Day of Service on this day. I have been proud to participate during my 2 years at the College. Because we could not hold the event in person this year, I made a video to honor the volunteers and commemorate the importance of this day throughout the year.

As part of this year’s Day of Service, SSA President Leslie Windless and her colleagues are leading an effort for employees, elected officials, and community members to read books to children. All the selected books focus on Dr. Martin Luther King, Jr. and his legacy, diversity, other civil rights activists, equality, and related topics. The videos of the readings will be recorded and available on YouTube after the event.

A holiday for the entire year

The Dr. Martin Luther King, Jr. Day holiday cannot be celebrated on only one day of the year. The work toward equity and social justice is too important. It must be part of our work every day of the year. Our College has begun intensive work on improving our culture and community so that respect for others – including those who have divergent views – is among our highest values. We must recognize every person as fully human, and worthy of dignity. At our College, we can create a culture in which equity and inclusion strengthen all of us. I encourage you to engage personally and meaningfully in this work, and to share your voice and your truth. I spoke about this at our January 6 State of the College meeting.

If you look around you and see a deeply divided world, keep in mind that it does not have to be this way. We cannot create unity through uniformity, but through the deliberate actions, every day, that each of us take to be there for each other, and with each other, showing constant support and inclusion, forgiveness when we misunderstand or hurt each other, and the power of truly hearing each other.

Yes, we have a lot of work to do. I will not make light of the very real challenges, pain, and losses we have faced and will face. But neither will I give up on the conviction that, through a culture of honesty and understanding, we can make room for each other to demonstrate and celebrate the differences that make us a truly diverse community. Embracing difference and honoring our unique paths will make our community so much stronger and more courageous. The world needs you, and it needs all of us. We can be the role models who light a new path for tomorrow’s leaders. We can use our education for the greater good.

Dr. King wrote to his fiancée Coretta Scott in 1952 that he would “hope, work, and pray that in the future we will live to see a warless world, a better distribution of wealth, and a brotherhood that transcends race or color.” I hold this same hope today, almost seven decades later. I encourage you to find and embrace your hope and embrace the resolve that turns your hope into action.

I wish you a safe and meaningful commemoration of this holiday.

A tribute to volunteers on Dr. Martin Luther King, Jr. Day, and a reflection on the importance of this holiday throughout the year.