Almudhala named Wrestler of the Year; one of 10 heading to nationals 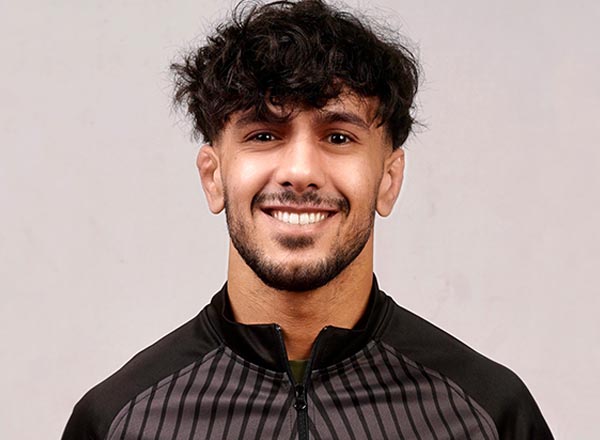 The HFC wrestling team was named a runner up at the tournament, and Almudhala’s teammate, Vaughn Petty, finished first place in his weight class (174 lbs.).

“It’s a great feeling. It shows me that I worked hard and it’s starting to pay off. In this sport, what you put into it is what you get out of it,” said Almudhala, of Dearborn.

“I felt I still had a lot left in me”

A native of Yemen, Almudhala – the second of six children – immigrated to the United States when he was 5. At Fordson High School, he wrestled for four years and played football. In fact, he was captain of the wrestling team his senior year. He graduated from Fordson in 2019.

“I didn’t know if I wanted to keep wrestling after high school. After the state tournament my senior year, I wanted to continue doing it. I felt I still had a lot left in me,” said Almudhala.

While Almudhala was looking at various colleges, HFC wrestling coach Grant MacKenzie contacted him and recruited him to wrestle at HFC.

“He told me that the tuition is affordable, so I can stay home and keeping doing what I love. I gave it a try and really liked it,” said Almudhala.

Remaining at HFC due to an extra year of eligibility

Almudhala, who speaks fluent Arabic, will graduate from HFC this spring, earning his associate degree in general studies. He aspires to a career in the humanities. He plans to transfer to Wayne State University, where he will continue wrestling – but not until the 2022-23 academic year. Almudhala will wrestle for the Hawks for an extra year and take additional classes.

Due to the coronavirus pandemic, the National Junior College Athletic Association (NJCAA) has given all athletes participating in winter sports an extra year of eligibility.

“Coach MacKenzie thinks I’ll have a better chance at a Division 1 school if I stay for one more year at HFC, because it’ll allow me to get more recognition,” said Almudhala. “So why not take advantage of the extra year?”

Almudhala and his teammates will test their mettle at the 2021 NJCAA Wrestling Championships, which will be held April 23-24 at the Mid-America Center in Council Bluffs, IA.

Due to the pandemic, this year’s championship meet is an open event as opposed to requiring participants to qualify to attend. Some schools are not sponsoring the sport due to the pandemic.

“Aseel Almudhala paid his dues as a freshman last season, as well as during the off-season. He takes the sport seriously,” said MacKenzie. “Now he’s enjoying the fruits of his labor as a sophomore. It will be exciting to see how he competes in the national championships.”