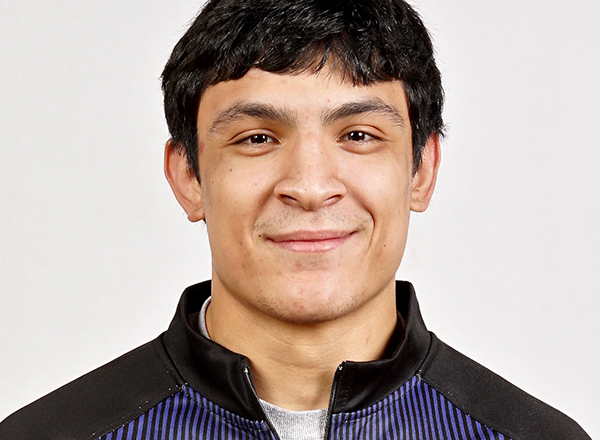 HFC alumnus Santos Alvarez recalled a time when he made fun of wrestlers. He certainly didn't intend to become one.

“When I was in seventh grade, I remember a teacher making an announcement that the wrestling team was recruiting new members. A friend told me I should join. I didn’t want to wrestle. I told him I wasn’t interested, and even made fun of the sport,” recalled Alvarez, of Chesterfield, an inventory clerk at Kroll International, LLC in Shelby Township.

A change of heart

His older cousin, who was a wrestler and a role model to Alvarez, told him why he enjoyed the sport. Alvarez attended one of his cousin’s wrestling matches and was impressed by his athleticism, which changed his mind about the sport.

After he graduated in 2014, he worked for three years before coming to HFC in 2017 on a wrestling scholarship. At HFC, he notched 41 wins and was a two-time national qualifier.

“I wanted to go back to school and wrestle. Luckily, Coach Grant MacKenzie made that happen. That means a lot to me,” he said. “I have plenty of great memories of being on the wrestling team – with my teammates, with the coach. I enjoyed the program and the sport.”

Alvarez studied business management at HFC and wrestled during the 2017-18 and 2018-19 seasons. In the fall, he will transfer to Rochester University in Rochester, which he will attend on a wrestling scholarship and pursue his bachelor’s degree in sports management.

“I’m looking forward to attending Rochester,” he said. “They have a strong wrestling program there with a lot of good athletes coming in. I’m excited to be part of it and see what I can do for the school. The most important part is to really get that degree.”

Alvarez’s goal is to become a coach and athletic director. He would like to coach wrestling at Algonac High School, which built his first foundation in the sport.

“I’d like to give back,” he said. “If not for Algonac, I wouldn’t have competed in a sport.”

“Santos is a gifted athlete, and we were lucky to have him at HFC,” said MacKenzie. “I like to see young people be successful, and I wish him the best.”