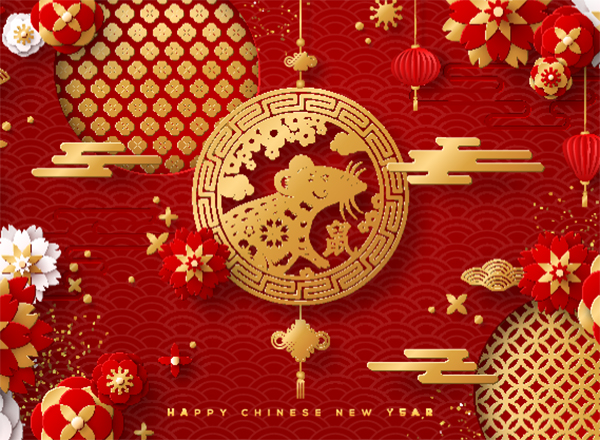 On Saturday, January 25, millions of people will celebrate the Chinese New Year, the most important holiday in China. This holiday is also celebrated by people of Chinese heritage and others worldwide.

What is the Chinese New Year?

The Chinese calendar is lunar, so the Chinese New Year can range from January 21 to February 20 on the Gregorian (solar) calendar that the U.S. follows. Some people call the holiday the Lunar New Year.

In China, the New Year is sometimes called Chunjie, or the Spring Festival. It marks the end of winter’s coldest days and anticipates the planting and growing season.

In China, much of the economy has traditionally been agrarian (farm-based), so the concepts of growth and harvest are central. Some people pray to gods or to their ancestors for a good planting and harvest season.

The holiday technically lasts 15 days leading up to the New Year. Every year has a symbolic animal, according to the Chinese Zodiac, which rotates every 12 years. This year is the Year of the Rat.

A key component of the Chinese New Year celebration is the reunion of the family. Family members are expected to travel to their family’s home of origin, or to their village, to celebrate together whenever possible. Businesses are closed so families can spend time together.

Lavish decorations, costumes, dances, parades, and certain foods are traditional for the holiday. Common foods include dumplings, egg rolls, and balls of rice in tangyuan soup.

Firecrackers and fireworks are common. These are partly a means of celebration, and partly related to a longstanding tradition of warding off monsters or evil spirits.

Children and family members sometimes receive red envelopes, or “red pockets,” containing money. This is a symbol of transferring good fortune between generations.

Red is the color of the holiday, and many decorations and items of clothing are predominantly red. Red is also a sign of good luck.

Luck plays a big role in the holiday. It is important to follow rituals to evoke good luck, and avoid bringing about bad luck. Several things are considered taboo (to be avoided) during the Chinese New Year and preceding the celebration period, for example using scissors or blades, arguing, and breaking things.

The Chinese New Year ends with the Lantern Festival and the first full moon of the year, which is considered a romantic holiday, similar to Valentine’s Day.

To all who celebrate: Gong xi fa cai! (Congratulations on the Good Fortune!)