Notice: This article is more than one year old and is part of the Henry Ford College news archive. Information in the article may be outdated. For the most current news and information about Henry Ford College, please visit hfcc.edu/news, or contact communications@hfcc.edu.
Release Date:
Friday, October 18, 2019 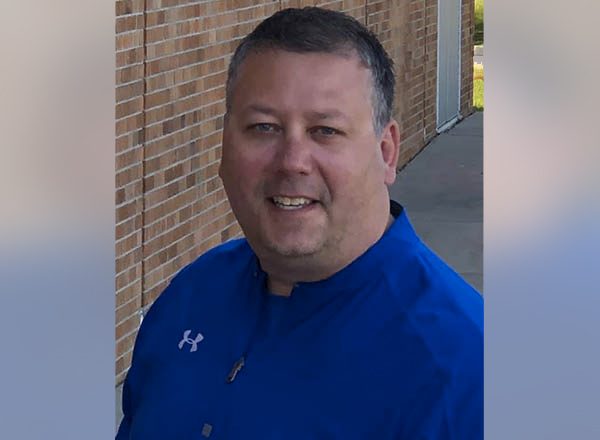 HFC wrestling coach Grant MacKenzie was one of more than 40 wrestling coaches across the nation who recently attended the Silver College Clinic at the Olympic Training Center in Colorado Springs, CO.

“I’ve watched hours of video from the OTC, and it was fascinating to be inside the actual facilities, as well as learn from the best coaches in the country who work with National Team USA,” said MacKenzie. “The SCC was the best professional development experience I have ever attended, which included training on and off the mat.”

MacKenzie, who joined the HFC coaching staff in 2016 after founding the HFC Wrestling Club, is working toward his Silver Certificate in USA Wrestling, the organization that governs freestyle and Greco-Roman wrestling in the United States.

“Completing Silver Certification will be an honor,” he said. “Not many wrestling coaches in Michigan are silver-certified or gold-certified by USA Wrestling.”

MacKenzie is also a member of the board of directors of Michigan USA Wrestling, the Michigan chapter of USA Wrestling. After the annual general membership meeting in September, MacKenzie was asked to fill the Coaches Education Coordinator position on MUSAW’s board.

MacKenzie is looking forward to coaching the Hawks for his third season at HFC.

“HFC wrestlers will benefit from having a coach who is constantly trying to master his craft,” he said. “Some HFC recruits may be interested in pursuing Olympic (international) wrestling opportunities. I believe being an assistant coach for Team Michigan will help recruit athletes to wrestle at HFC.”

He’s also confident about the Hawks’ prospects this season.

“The numbers are good,” he said. “I’m most proud of their work ethic in the classroom. One of my top goals this year is to improve our overall team grade-point average. Wrestlers are required to log a minimum of six hours per week in the Learning Lab and submit progress reports to me directly four times per semester.”