September 12: possibilities after a tragedy 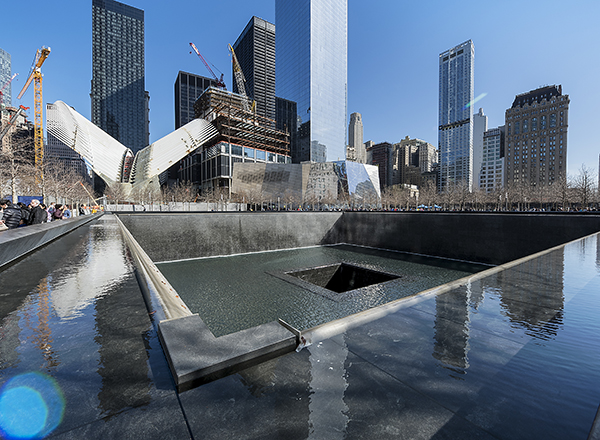 I chose not to make a statement on the anniversary of 9/11, because I hope to focus on what we can do together in the world that began on September 12, 2001.

Yesterday, September 11, was the 18th anniversary of the day that terrorists hijacked airplanes and used them to brutally attack our country.

Many of us remember vividly where we were on 9/11 and how shocked and horrified we were.

I have seen many well-deserved tributes to the Americans who died. I echo the many messages of gratitude to those who served on that day and the following days and years. I personally visited the World Trade Center site on September 11, 2002, to pay homage to the brave first responders and many others who acted to save lives and secure our country. I encourage you to join me in telling all service members and first responders that we value their work, we honor their sacrifices, and we thank them for making us safer.

After the attacks, there was a fresh sense of connection and shared purpose in our country. There was a palpable feeling that, if we worked together as a people, we could emerge from the attack as a stronger society—a free society that valued the rich diversity of our people.

A lot of time has passed since that day. I believe we are still creating the legacy of September 12—our world after the attacks. I encourage you to ask yourself how we are doing.

In the years after the attacks, some chose to blame entire groups of people for the actions of the small unit of terrorists and their accomplices. Many others, however, have retained an action-based hope that we can, and should, work across divisions to build a better world.

Today, tomorrow, and every future day gives each of us a chance to reflect on the possibilities of September 12 in our own lives. We can consider how well we are extending the hand of friendship, the warmth of connection, and the strength that can be found through the productive exchange of ideas.

Henry Ford College is a community where we can share who we truly are and learn about those who are different from us. Our campuses are places where hate and violence, particularly toward those who are “different,” is never accepted. At this College, our core strength is our rich diversity of cultures, religions, races, languages, and creeds. It is in this safe, diverse environment where the greatest learning can occur.

Let us look for the best in ourselves, and bring out the best in each other. When we fail each other, we will apologize and ask for help to do better. Every act of kindness matters. Let us use our talents and resources to make September 12, and every day after, more inclusive and more humane than ever before.