Notice: This article is more than one year old and is part of the Henry Ford College news archive. Information in the article may be outdated. For the most current news and information about Henry Ford College, please visit hfcc.edu/news, or contact communications@hfcc.edu.
Release Date:
Wednesday, May 1, 2019 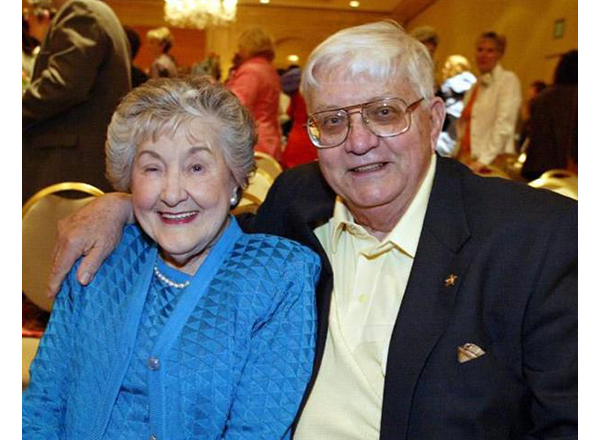 A Fordson High School alumnus, Gibb – better known as “Uncle Russ” – was a disc jockey for WKNR-FM and owner of the Grande Ballroom in Detroit, which became a venerated venue for many musical acts, including Led Zeppelin, Cream, and the Grateful Dead. The Who played their rock opera Tommy for the first time in the United States at the Grande. Gibb gave Ted Nugent, Alice Cooper, MC5, and Iggy Pop their start.

Gibb also did voiceover work for radio and TV commercials, hosted his own TV show Russ Gibb at Random, and worked in the Gerald Ford White House as the National Director of Youth and Education.

He is best known for his role in the “Paul is Dead” phenomenon in 1969, referring to Paul McCartney of the Beatles. A listener called WNFR and told Gibb that McCartney died, which Gibb laughed off. The listener told Gibb if you play the Beatles’ song “Revolution 9” from the White Album backwards, it said, “Turn me on, dead man… Turn me on, dead man.” Gibb did just that and within 3-4 minutes, the phones were ringing off the hook as the rumor took on a life of its own, making national and international headlines.

“By then, people were pounding on the windows. Callers were giving me more clues. (WNFR owner Frank Marcua) said, ‘Whatever you’re doing, keep doing it.’ He realized the numbers were skyrocketing… Frank came and said, ‘Milk it.’ He was a genius programmer. So now the other DJs are getting in on it because people were calling,” said Gibb in a rare 2011 interview about “Paul is Dead.”

Gibb would rather be remembered as a teacher. He taught media production at Dearborn High School for nearly 40 years, creating a state-of-the-art video studio called WDHS in 1981 – the first high school video production facility in the U.S. – for his students, many of whom went on to have successful careers in the media, some even in Hollywood.

Gibb also donated to many causes and organizations, including HFC, where he gave to the College’s general scholarship fund. His longtime companion, the late Alberta Muirhead, was a staunch contributor to HFC. She served on the HFC Foundation Board. She is the namesake of the Albert Muirhead Nursing Scholarship Fund, which was established in 1996.

“I love Russ Gibb – he was just an awesome person. He was such a good man. He did so much for students in Dearborn,” said Diana Larson, special assistant to HFC Vice President of Institutional Advancement A. Reginald Best, Jr. Larson worked with Gibb when she was a secretary at Dearborn High.

“Mr. Gibb’s rich knowledge of media production, which he brought to the classroom, and his unswerving devotion to his students – many of whom continued their education here at the College – will be deeply missed,” said HFC President Russell Kavalhuna.